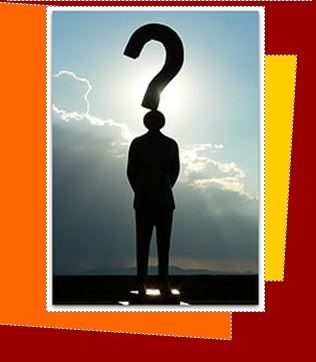 Can you help me understand why he disappeared?

I recently started dating a guy I met online. He is 37 and I’m 39. We dated for a month with a total of 12 dates. During that time, he started off extremely eager and I tried to keep my eagerness under control. Don’t get me wrong, I showed I was interested, I just didn’t want to show over the top giddiness like he showed from the get go.

I met all his friends during the month, of which none of them have girlfriends. He also met my sister. Long story short, he  talked in future tense, cooked me dinner, and we hung out at his place. On date 3, he told me he wished I would reach out to him more. So, I did. The last time I saw him two weeks ago, he said we are a month into this and he wished that I would reach out to him earlier in the evening so it wouldn’t feel like I could be possibly talking to others.

I told him I’m not and it should be proof that I was with him that Friday evening hanging with him and his friends. He started dedicating all these romantic songs to me and I really felt we were headed “somewhere”. On date 6, he randomly said, ” I’m just waiting for you to tell me you are going back to your ex or something.” I responded, ” where did that come from?” He said, “This is just going so well.”

I told him that part of my life is a closed chapter. Insecure much? Fast forward two weeks, no more texting, no more dates. I finally called him last week and he said he would keep in touch and get together soon. A complete turn around from the whirlwind of time together that we just experienced. I made sure that each time I saw him I acknowledged how much I enjoyed spending time with him and that I liked him, especially after he continually told me he liked me. I’m really at a loss with what I should or why he disappeared…

Let’s call this guy Mr. Flash in the Pan. You know how you heat up the frying pan before you cook something and drop water into the pan to to see if it’s hot? Well that water sizzles fast and loud for a moment, and then it’s over. So sorry to say it sounds like that is exactly what you just went through.

Why He Disappeared – Was It Me?
Did you do anything wrong to cause this? NO! It’s all about him and has been the whole time. Showing you off to his friends. Asking you to reach out to him. There are probably lots of examples when you stop to think about it.

Hit and Run Style of Dating
When a man comes on strong (like 12 dates in one month – that’s a heck of a lot), my suspicious mind clicks in. What is this all about? Who knows why some men do this. He seemed a bit paranoid right? He might sabotage every relationship this same way which helps him maintain his single status. Maybe he likes to have women fall in love with him, but then doesn’t want to deal with what comes with that. There is no way to understand the motivation behind his “hit and run” style of dating.

What You Can Do about His Disappearance
NOT ONE THING. He is who he is – a man who is not relationship ready or capable. You were wise not to get too tied up in the emotions and hold back a bit. I know how hard that is but you are one smart cookie. The very best thing you can do NOW is move on to find a man who wants a relationship.

Put the Breaks on Fast and Furious
The only other advice I can give you is next time meet a fast and furious dater, don’t be so available. Your job as a woman is to put the brakes on a runaway dating situation. You can say, “Oh I’d love to, but I’m not free until Wednesday.” You can still see him a couple times a week, but limiting the head over heels chain reaction is the best strategy to guard your heart. If a man likes you, he’ll respect that you have a life and aren’t free at the drop of a hat. It can actually make you even more appealing.

Do your best to shrug this off. Chalk up why he disappeared to Mr. Flash’s own limitations. Then get out to meet some new guys. There are plenty of better, more stable men who would love to date a fabulous woman like you.