Need help understanding men? If a guy makes plans but doesn’t follow through or leaves it vague about a day, place and time, that’s not a REAL date. Read on to also find out how to respond to a flaky guy. 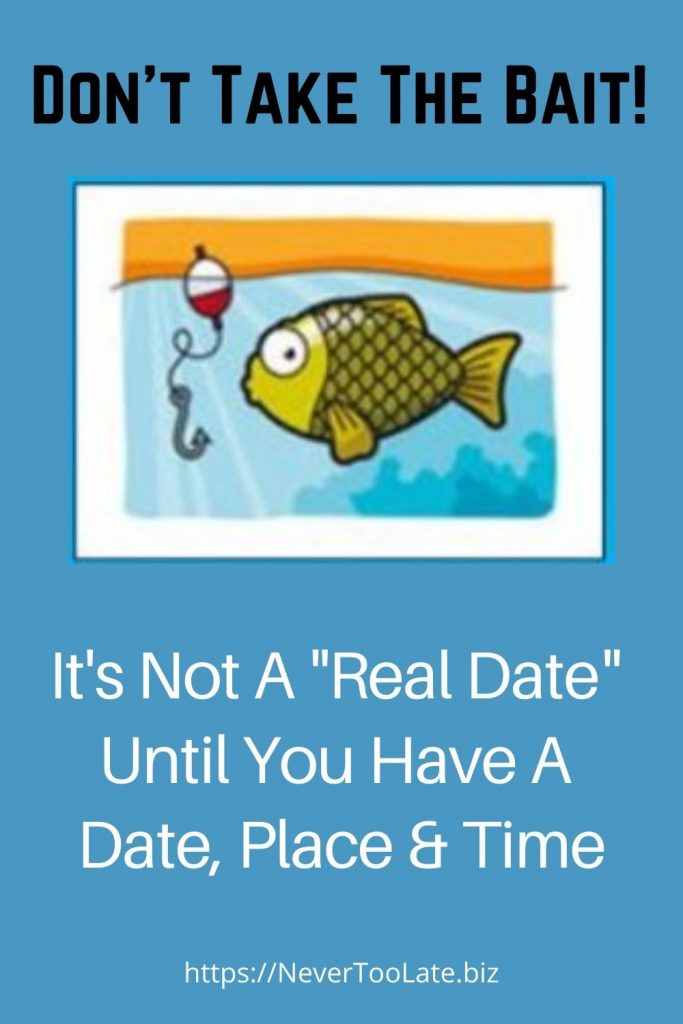 What Is a Vague Date?

Let’s say you’ve been texting with a great guy all week and on Wednesday he said, “Let’s meet this weekend.

We’ll talk about the details as we get closer to the weekend.” How exciting – you can’t wait to meet this guy! You are so looking forward to meeting him.

This could also happen after a first date or if met a guy out or at a party. It’s all the same thing if he asks you out but is vague about it.

Then suddenly, it’s Saturday and you don’t know anything about the date.

Not sure how to respond to a flaky guy, you text asking if you’re still getting together. He texts back saying something came up or worse, doesn’t even respond.

It’s so aggravating when this happens! Now you’re facing Saturday night with nothing to do when you had been counting on a date with him! Why did he do that?

Some men like to hedge their bets to make sure they have a fun weekend. While chatting with you, he thinks to see you would be fun, so he asks to meet Saturday.

Having you on the hook is a big relief because if nothing better comes along, he can see you.

He continues fishing online, viewing profiles, and chatting with women. He connects with another woman who seems better.

Whatever his preferences or mood might be, he asks her out for Saturday night. This is a flaky guy who doesn’t know what he wants.

Now you can see why he didn’t make a firm plan with you. He was still looking for his best possible option.

Don’t take to heart what men say for the first several dates. This is especially true BEFORE your first date. Talk is cheap and doesn’t mean anything.

A man can say sweet things that draw you in to make you adore him.

Players know you want to feel like a man is into you, thinks you’re the one, or are pretty, so they say amazing things to you to win you over.  Go ahead and enjoy the flattery, just don’t BELIEVE it.

Only time will tell if he means what he says and is serious about you. Hold off falling in love until you know who this guy really is.

He might mean every word he said. Or, he could be playing with your heart. Men don’t necessarily do these things to be mean.

Some guys just don’t know what they want, so they act this way.

Why Men Say One Thing, Do Another 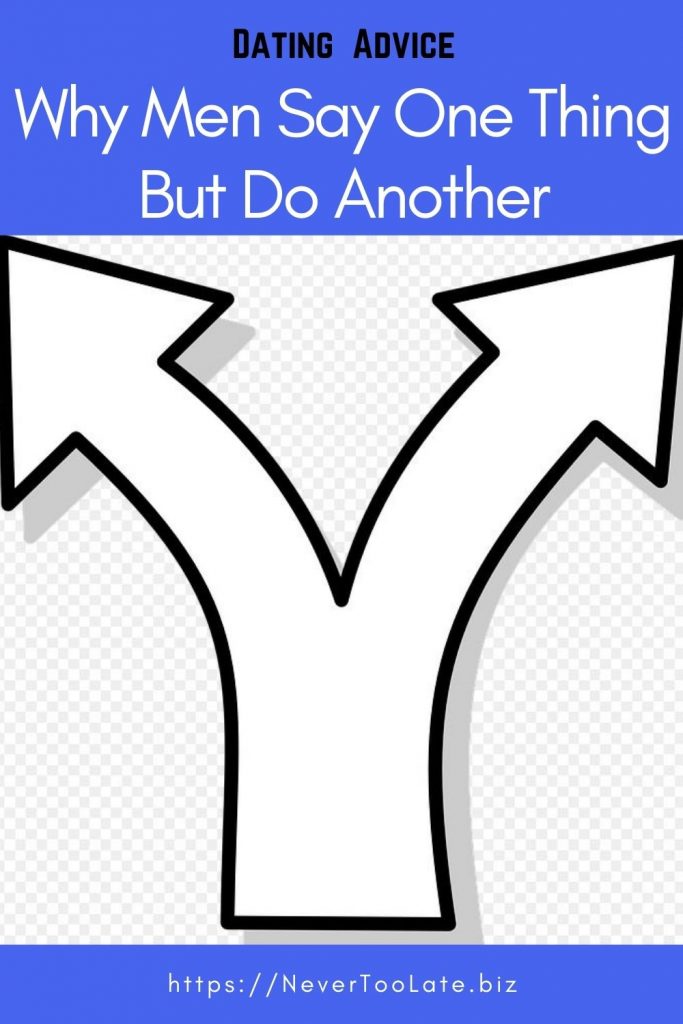 There are a lot of men who seem to always say one thing, then do another. In this case, it’s not just about setting up a date but, about almost anything they agree to do.

That might be when he’ll call, introduce you to his friends, or return something he borrowed. If you meet a man like this, let me assure you this will not improve with time.

You might be tempted to be patient and just to be sure he doesn’t turn it around. Instead, accept this is who he is and move on to find a better man.

Why didn’t he set a time for our date?

On the other hand, follow-through is GOLD. When a man says something and then does it, now you can start taking him more seriously.

A man who sets the day and time for your date right away is showing a deeper level of interest in you.

When he follows through on promises and what he says, then he’s worth seeing again. This is one of the best ways for understanding men – following though what actually matters.

Dating Is a Sorting Process 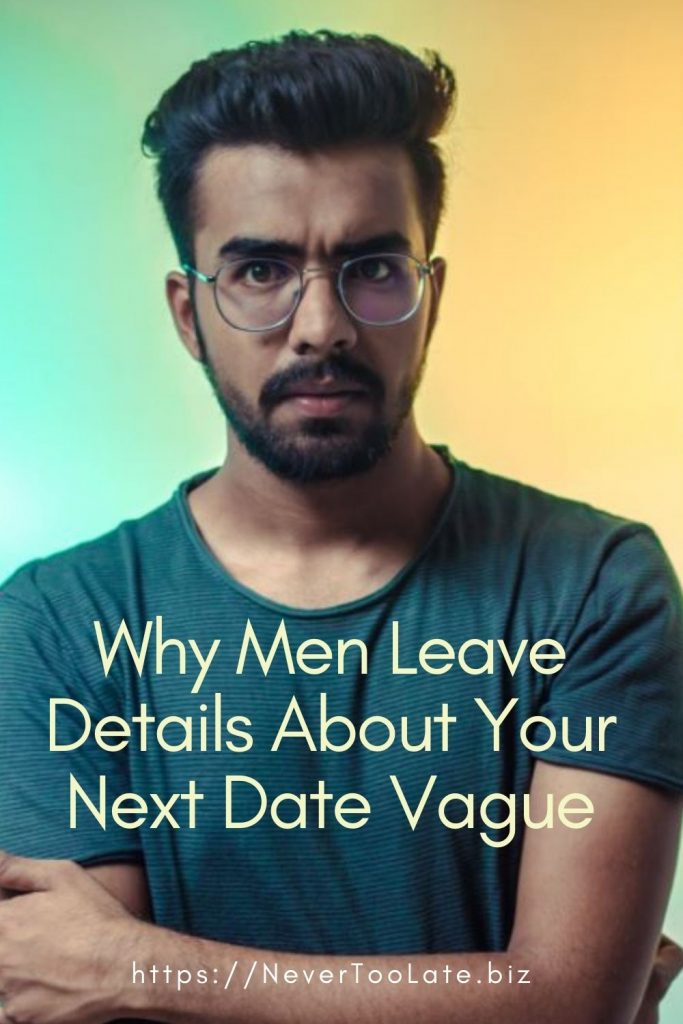 You have to meet a lot of men and see them a few times to weed out the ones who talk a good game but aren’t serious about you.

It takes several dates to find out if a man is really interested.

Paying attention to what he DOES to win you over is the only thing that matters.

Any man can say nice words and make empty promises. You are looking for a man with integrity who does what he says.

The right man for you wants a relationship and wants it with YOU.

Next time a man asks to see you “sometime over the weekend” but isn’t specific, don’t bother saving the date for him.

You can say yes, then keep connecting with other men and feel free to make a date if that’s an option. Why keep yourself open for a man who isn’t willing to schedule a date?

As time draws near, you may be tempted to check in with him and ask if you’re still on. I don’t recommend it.

If he’s really interested, he should close the deal on date details to make sure you are “off the market” for the weekend.

It’s not the end of the world if you do check, but if he takes his time responding, forget about him.

My dating advice for women is to not get excited about a vague date. If there’s no date and time, then it’s NOT a real date. Until the details are firm, you are still available to meet or see other men.

You want to know how to respond to a flaky guy? There’s no reason to respond!

Many women wonder if he’s shy or insecure and wants to help the guy out by making it easy and doing his follow up work. Don’t fall for that!

Give Him Space To See What He Does 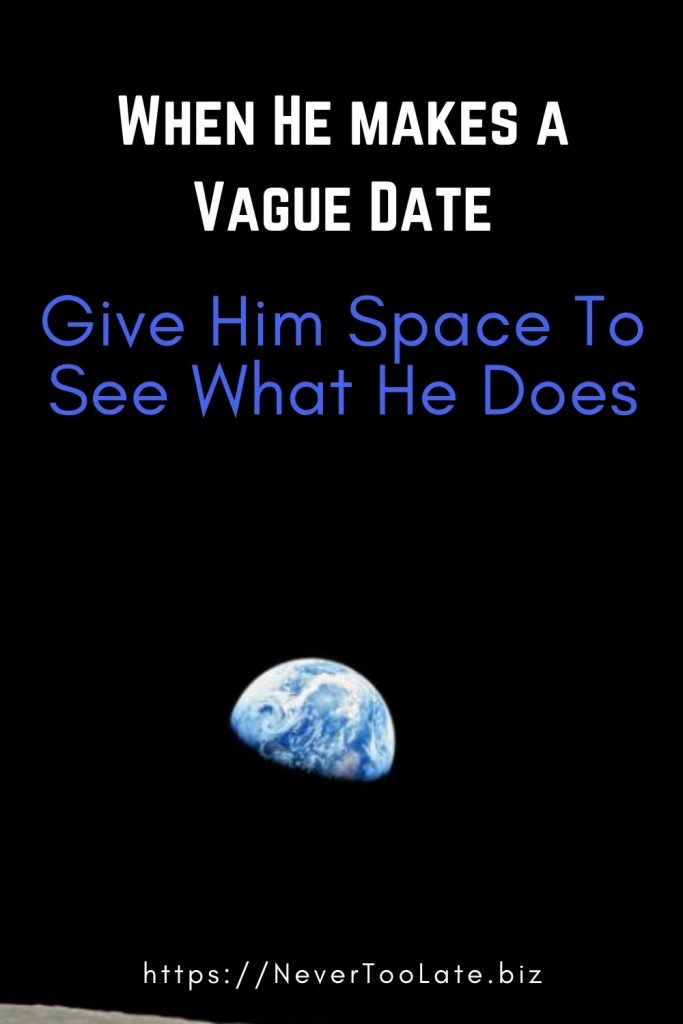 Even a shy man knows EXACTLY what he needs to do to go on a date with you Saturday night. He knows he has to ask you and set it up. Give him space to do this.

Whether or not he’s a shy guy, give a man the time to do what is natural for him to do if he’s serious about you.

When you give a man space, you are not taking over his role in dating. You are taking the feminine position to let him lead which is completely appropriate at the start of dating.

Later, things will balance out in terms of planning and getting together.

When a man seems flaky by not scheduling the date, he’s letting you know through his actions (or lack of them) that he’s not into you enough to be serious about you.

That’s why the best thing you can do is let a man pursue you. This minimizes the risk of going out with a guy who is just filling time until he meets someone better.

If you accept a date with another man, because the first one didn’t follow up, just say, “Gee, I didn’t hear from you, so I made other plans. But I’m free Sunday afternoon,” (or whenever you are free next.)

This lets him know you’re interested, and he’s still got a chance and that’s how to respond to a flaky guy.

When a Guy Wants to Hang Out With You

It might make you feel good when a guy wants to hang out. Just be aware that “hanging out” is usually a casual thing. This is his excuse not to be buttoned up with date details because it’s just hanging out.

If this is the case, don’t be fooled. He’s not serious about you at all. And since he’s not serious, you can do nothing because that’s how to respond to a flaky guy. 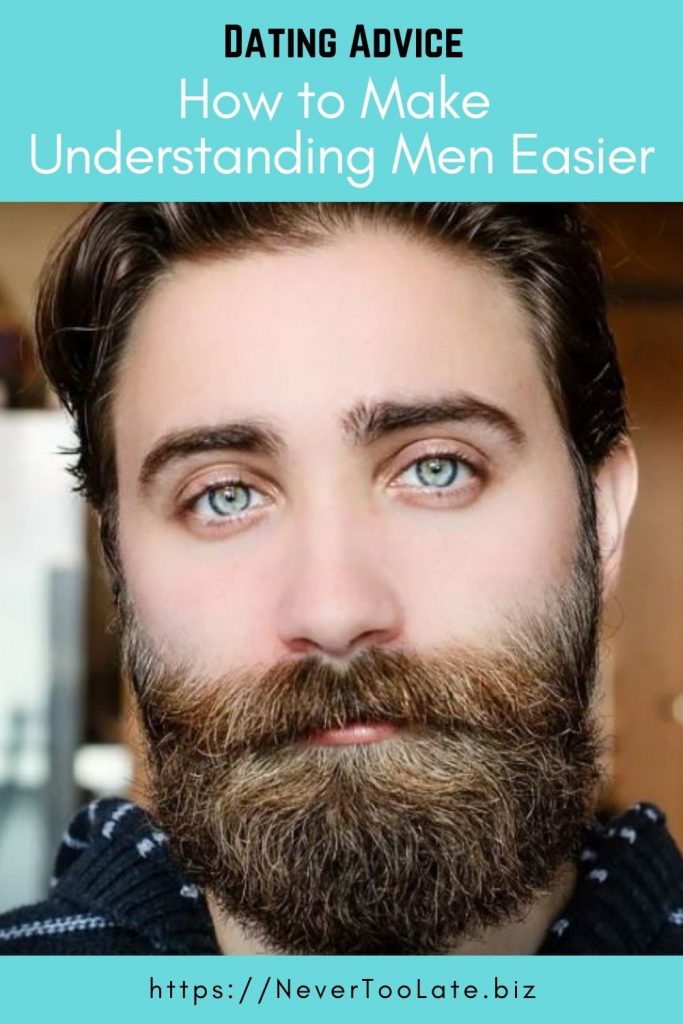 Understanding men is so much easier when you take your emotional attachment out of the equation.

Step back and look at the vague date situation objectively. Then you will see that a man who does this could be:

The point is, it doesn’t matter what he says or why he’s flaky, only what he does to be sure he can see you. If a guy makes plans but doesn’t follow through, that’s hopeless.

It doesn’t matter if his texts are fun or sweet, he follows you on social media and likes your posts or calls and talks for hours.

When he doesn’t set a date, time and place, it’s not a real date. See how simple that is? End of confusion, end of the story.

For more on understanding men, get my Free book His Mixed Signals Are So Confusing.

313 thoughts on “Understanding Men: Why He Asks You Out But Leaves It Vague”