Get the help you need with understanding men. You’ll learn a lot by reading the answer to this reader’s question as I explain what is going on and help her read between the lines of his communication. 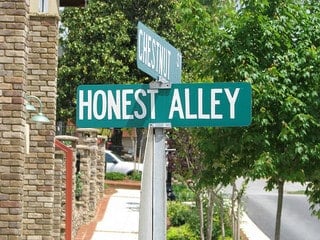 Get Help Understanding Men to Make Dating So Much Simpler

I went out with this guy for two months. I saw him twice and then we texted a lot. He would text me morning and before bed, then during the day sometimes. His texts were sweet and funny and he often asked how I was doing. We had some deep conversations by phone where he really opened up to me about his life.

He seemed sensible and considerate as men go. Finally I asked if he’d liked to get together because I hadn’t seen him in a while. But he declined. He said work has been really busy and has a lot on his plate to deal with. He is still getting over breaking up with his ex. To tell the truth, I was bummed, but I do understand it can take time.

So I’m just confused at the moment. If he weren’t interested, it seems to me like he would’ve been the type to just say, “Hey listen, I’m not into you.” That would provide some sort of closure for us.

I’ve noticed he’s been active online. Is that his way of telling me? That seems a pretty cowardly way of getting rid of me. If so then wouldn’t he anticipate that I’d contact him and ask, “Why are you back online if you have stuff to deal with?”

Don’t worry, I’m not that desperate to say that to him.  I don’t know what to think. Why can’t he just be straight with me? What do you make of this Ronnie?

Thanks for your help,
Bummed in Boston”

There are several things to talk about from your question so I’ll go over them one by one to help you with understanding men. Before I get to the question about why he isn’t just straight with you, I’m going to give you some insight about this guy.

1. He’s Not Ready.
I know this because he’ told you he is still getting over his breakup. Right after a split, no one is truly emotionally available to get involved with someone new. Even though people do start new relationships, it doesn’t come from a healthy, well-grounded place for lasting love.

Everyone needs time to heal and when a man tells you this – BELIEVE HIM. He is being honest and letting you he’s not ready. So right away that means he’s not the right man for you if you want healthy, lasting love.

2. Texting Is Not Dating.
Two dates is not “seeing a guy.” It’s just two dates and a bunch of texting which I call a “Virtual Relationship”. It’s also extremely lazy courtship. Why do so many women accept this ludicrous behavior as “dating”? IT’S NOT DATING. Dating is seeing each other face-to-face and going out of the house on real dates. It’s not hanging out, getting a pizza and watching a movie – a.k.a. – booty call. A real date means you go out.

When a man sees you a couple of times and then turns to texting, walk away immediately. Don’t wait around hoping he’s somehow going to start seeing you again. Texting in this situation IS the END.

When a man no longer wants to see you, more often than not, he doesn’t want to hurt you. Men want to avoid a big emotional scene at all costs. That’s why most men will ALMOST NEVER BE DIRECT. He doesn’t want to get into some lengthy, heated conversation about why things fizzled or explain himself. To a man, that is a horror show to be avoided at all costs.

Now you can understand why men let things just drift away. First he stops asking you out, then he slows down texting. Sometimes a guy will hang in their texting with you either because it’s fun or provides an ego boost. But it’s NOT because they plan to ever date you again!

4. Men Push You Away and Try to Get You to Breakup.

Since men don’t like to be the “bad guy”, they tend to do things to push you away. They hope you’ll have the self-respect to end things and not put up with such terrible behavior. Yet, many women hang in there, picking up crumbs and hoping for more. Your self-respect can save you from enduring this emotionally torture. When a guy does something to push you away – that’s his DIRECT WAY to say,”Please get the hint and end this for me.”

For the most part, the idea of closure is a woman thing. Men don’t want closure, they just want a clean, unemotional get away when things are over. He doesn’t need to know why like women do. He isn’t thinking of all the things you or he did wrong that turned things sour. He just wants to be done and move on.

Next Time a Man Withdraws, Get the Hint, Let Him Go and Move On!

To all the single gals out there, and to you Bummed in Boston, learn to read between the lines. When a man disappears, stops asking you out, treats you poorly, and seems to be pushing you away – WAKE UP! He is clearly letting you know, in an indirect way, that he is no longer interested in you.

It doesn’t matter if he still texts or calls. The only thing that matters is if he wants to see you. Even then if he treats you poorly and still dates you, why hang in there?

Do not accept substandard treatment from any man. There are more “fish in the sea!” Your self-respect and self-esteem are far more important than dating a handsome guy who treats you like crap.

As author and comedian Steve Harvey explains to women in his book, Act Like a Man, Think Like a Lady,

“You Are the Prize”

If you are the prize, would you ever need to put up with substandard treatment? No Way! You deserve to be cherished. But that good treatment starts with how you treat yourself. So shore up your self-respect and walk away from men who don’t have time to see you or only want to text. Drop them like dirty laundry and move on to find a man who knows you are the prize.

If you would like more help understanding men, please contact me for a free, 15-minute consultation by calling me at 203-877-3777.