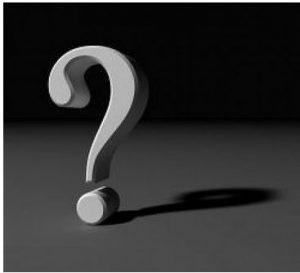 Understanding Men Can Be Challenging. So Can Dating a Divorced Man.

Having a hard time understanding men? You are not alone. In this post I’m going to explain what I call, “Newly Divorced Man Syndrome – I hope you haven’t run into this but if you have, this will help you figure out what happened.

“Hi Ronnie, The Dating Coach for Women Over 40

I met this guy online from a dating site. He took the initiative and we started chatting/texting immediately. I feel like we connected and have the same beliefs and common interests. We both right off the bat explained to each other our likes and dislikes and had mutual feelings..

We became close. After a week of talking he begged me everyday to meet him but because our work schedules clash and the distance, we had a hard time planning a date. He is recently divorced has children every other weekend. We FaceTimed just to get to know each other a little better before we met up and afterwards he asked me if I was still interested? I said yes and so did he.

The next day he asked if I wanted to come meet him when he got home from work. He did have the kids, but they would be asleep by the time I got there. So I did go ahead and meet him. We had a great time and watched a movie. He was very caring made sure I got there OK made sure I was comfortable while I was there. We hit it off and we did fool around.

We both felt that connection really strongly. He held me all night basically treated me as a girlfriend. Before I even met him he would include me in all his future ideas and speak to me as if he was already going to date me.. He told me he already liked me. But if for some reason after a few dates if we didn’t hit it off or feel the same about each other, he would still remain friends with me. This was before we met.

The next day after meeting I didn’t hear from him which I didn’t expect too because he had the kids and it was Father’s Day. I sent him a nice message for Father’s Day and he thanked me and told me he was sorry for not texting. He was getting the kids ready and has a full day ahead of him but told me to have a great day. I asked him if he was still interested and he said yes are u?

I didn’t hear back from him so I sent him another message asking how his day was. He said it was all good until he went to drop off his kids and their mother showed up late and with her boyfriend.. I said I’m sorry 🙁 and he replied with how he wasn’t happy. He said he would never take her back because he lost of trust in her and that she made her bed and can lie in It. I told him if he ever needed to vent I would be here for him and he replied with thank you. than he stayed quiet and I asked him if he was OK? He hasn’t talked to me since, but I’ve seen him post a few things on Facebook.

What are your thoughts Ronnie? He seemed so into me. Please help me with understanding men and dating a divorced man.

Missing the Connection in Michigan”

I’m sorry to be the one to tell you this, but it sounds like you fell into the “newly divorced man trap.” Of course dating a divorced men is not always like this. But this guy sure fits the pattern. Here are some of the clues that indicate you fell into trap to help you with understanding men:

1. Opening Up – Texting, emailing, talking on the phone, and sharing deeply before you meet sadly mean nothing. This “open communication” when dating a divorced man (or single) creates an emotional connection so you let your guard down and start to trust the the guy. It’s a strategy that works all the time with countless unsuspecting women.

Deep sharing before meeting is a trap itself. Think of this like a spider in a web – “Come closer,” the spider says, ” I won’t hurt you, I can really open up and share my feelings with you and we’ll be friends no matter what.”

2. Movie Watching – When a man you haven’t met in person yet (or any time early on in dating)  asks you to come over and watch a movie, this is “ManSpeake” for “let’s get naked.” You’re better off meeting in public places until he pursues you consistently enough that you feel his intentions are to keep seeing you. This is a safeguard to help avoid the men who just want to get you into bed.

3. No Follow Up – After sleeping with this type of newly divorce guy, his communication and interest slows or disappears. “Have a great day” is not a personal comment for someone you are really connected to. Plus, you had to initiate contact by texting several times to hear from him. He clearly fails here on Mr. Right potential. For help with understanding men, if they slow down with contact or date requests or disappear, that’s your sign he’s not the one.

4. No Commitment – Recently divorced men aren’t known for wanting commitment, but ARE known for wanting sex with a variety of partners. Conquest and getting a woman to trust them to sleep together is often the focus and somehow they are very skilled at it. They KNOW what a woman needs to hear to gain that trust. Then they take advantage of your vulnerability. Not all divorced men are like this – but many fit the pattern.

5. Complains about the Ex – When a divorced man complains about his ex a lot upfront, that means he’s not over her. He’s not ready for a relationship. Walk away! There’s nothing more to understanding men who do this.

Promise me you’ll NEVER offer to nurse a man back to emotional health over his ex or let him vent to you about her. You will feel your connection getting stronger as he leans on your for healing. But, you will be his TRANSITION woman and the minute he feels better, he’ll move on. It happens all the time.

Compassionate women exchange emotional support hoping of love. This will not serve you. Next time you meet a divorced man who talks about his ex frequently, move on immediately to find a better man who is ready and available for love and a relationship.

The Truth about Dating A Divorced Man

So that’s the unfortunate truth about the “Newly Divorced Man Trap” and dating divorced men. I know firsthand all about this because it happened to me too. But, now that you know, you won’t fall for that trap again! Keep meeting new men because GOOD men are out there I promise.

Want to avoid this kind of dating mistake and get more savvy advice? Call me at 203-877-3777 to talk about dating coaching