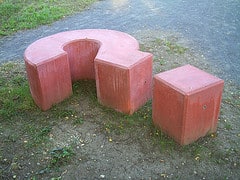 Need help understanding men? This question is from a woman who is having trouble figuring out why men behave certain ways. I clear up some confusion for her in this post.

I have been going through such a difficult and confused phase. I dated a guy 5 months ago. We had a great connection between us and were talking every day for couple of hours no matter what. The guy was not in my town, but he made sure to visit me every other weekend and I got too attached to him.

One weekend I was visiting my friend near his town, he asked me if we could meet up for few hours and I said yes since I was totally into him. Instead of few hours we spent a whole night together talking to each other, future planning and all. I felt so good to be with him.

Next day we spent the day together and everything was perfect. I returned home. A day after that when we were talking on a phone, I got angry for some small thing and he told me that he believe the relationship is not working out. I was shocked to hear it from him and couldn’t believe that he is the same guy with whom I spent the whole night with. When I asked him the reason he started giving me excuses like he wants to go back to his home country and may not return, has many other problems to deal with and can’t pay attention to any serious relationship now.

I started crying on a phone he said he won’t find a girl like me, but when I argued, he got angry and hung up! I tried to reach him for few days, but he never replied to my messages or calls. I couldn’t figure out what went wrong in the relationship. Did I overreact? Should I have given him some time? He could have told me everything when we met but he didn’t. I’m still confused why did he do it? I need help understanding men.

I started talking to an another guy but this guy is slow. He talks less, doesn’t call me that often, texts me every other day. Finally he asked me to meet, but he is in the other state so would visit me sometime soon. But since he doesn’t talk much I don’t understand if he is really interested in me or not?? Our phone conversation also last only about 20-25 minutes. Should I look forward to see him or just move on?

Please help me understand. Thanks!
Ricki”

OK, this is a situation about understanding men. The first guy who gave you  a lot of attention is what I call a “flash in the pan man.” That means he pours it on thick, rushes to get physical, then at the least thing or sometimes without any provocation, he disappears. He reminds me of dropping something into a hot frying pan which sizzles quickly and then it’s over.

Men like this thrive on romance and a woman’s adoration. However, a man like this doesn’t want any relationship responsibility. So he told you all that stuff, making excuses to push you away and break things off.  Maybe you did over react, I can’t say, but there is more going on then your possible overreaction.

Having disagreements in a relationship is actually very important. You need to see how the two of you work things out. No relationship will ever be free of disagreements or mistakes. So, the fact that he ran at the first harsh word shows you he was not in it for the long run. He may be conflict avoidant which makes any relationship impossible.

Sadly, just because a man calls and texts a lot, or even sees you every other weekend, doesn’t mean he’s the right man. I know this is confusing. But when it comes to understanding men, you want a man to prove his interest over time to see his real intentions. It takes time to get to know someone and discover what they are really like. Many therapists advise dating someone through an entire year so you can see what they are like in every season, not just when things are good.

The second guy is slower to pursue you. Keep in mind that all men are NOT one way. You are comparing their pursuit, but each man is unique. Some men rush in, others take their time. Consistency over time is what you want to look for no matter what the pace. The first guy wasn’t consistent over time – he broke things off as soon as you had a disagreement.

The best thing you said is that you plan to take things more slowly. You are already on the right track there! Trust that instinct and hold off giving your heart away.

My last piece of dating advice to you is date men closer to home! Then getting together isn’t such a big deal. There have got to be some interesting guys closer to you. If you want to meet this new slow poke far away guy, that’s OK, but be open to meeting other men too. Don’t set your heart on a guy you don’t  really know. That is the surefire recipe to get your heart broken.