To find love, you need help understanding men. That’s my job as a dating coach and in this post you’ll learn a lot about your role as a woman. 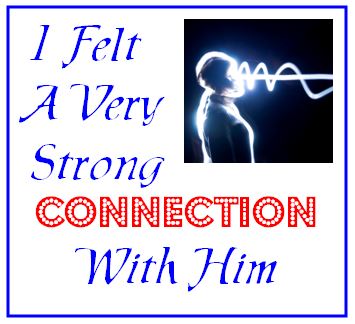 I had one awesome date where I know we both felt a connection. Then I moved back in with my parents for 3 months after graduating from college. The guy is a former coworker of mine and we knew each other  several months and got along well. I asked him out and we talked about women making the first move. He  didn’t think it was weird so that’s not the problem.

We shared many similar views and opinions and continued texting while I was living at home 300 miles away. We made a plan for a second date but he got nervous and cancelled, but he kept asking when I was moving back, implying that we would eventually pick things back up.

Now I’ve moved here for a new job and he says he just wants to be friends “for a while” and isn’t ready for anything else yet. This also implied an eventuality to me, so I said I could respect it. I know you’ll tell me to forget it and find someone who wants a relationship now, but I don’t want just anyone just for the sake of a relationship.

I really do feel a strong connection to this person and I’m not willing to give up yet. He’s been honest about his intentions. I asked him to be straight with me and just say he wasn’t interested but he said that wasn’t it. The way he described his impression of me it seemed like I’m ideal relationship material and he knows it, which is what makes this complicated.

He asked me if I was working during spring break here at the University and I told him I’d be around, but I haven’t heard from him yet even though it was assumed we’d get together. I’d usually just text him because I don’t hold back and make my intentions known, but he’s made me so nervous lately I don’t want him to think poorly of me.

I know it won’t make sense to a lot of people but I don’t date around and this is the person I am interested in. It takes me a while to find someone worth my time so that’s why I don’t want to mess anything up in case there is a future.

I want us to get to know each other better and I want him to feel comfortable with me. That’s why I don’t mind being friends first but how should I proceed? It all seemed so promising in the beginning and we have a real potential for a good and lasting thing. That’s why I can’t walk away.

Thanks for your help,
Waiting in Wisconsin”

I realize this might be hard for you, but I’m going to tell you the straight truth without holding back. As a dating coach for women, I can tell you, it’s not complicated at all. Buckle your seat belt because you have a lot to learn about dating and men.

1. He is NOT interested in you.
How do I know? I’m an expert at understanding men. Here is the list directly taken from your question.

These are not the behaviors of a man who wants to date you and has a romantic interest in you. These are the signs of a man who is AVOIDING YOU. If you want to find love, you have got to learn to objectively read the signals and you are totally misreading every move he makes.

Men who want to date you seriously will do what it takes to see you. Clearly, he’s not doing ONE thing to spend time together. That means he is definitely not interested.

You asked him out then talked about if he thought it was weird. Do you really think he’d say yes? No way! Sounds to me like he is a nice guy trying very hard not to hurt your feelings. So he avoids you, mumbles about getting together, then doesn’t follow through.

He said yes and went once. Maybe he was curious or thought he’d like to know you better. But he hasn’t asked you out or showed up for additional dates you initiated.

You directly asked him if he wasn’t interested and he gave you the impression that wasn’t the problem. It’s the ONLY PROBLEM. If he was interested in you, he’d do everything in his power to see you. That’s what men do when they see a woman they want!

3. You Need a “Poker Face” for Dating, Not Directness

You have this idea that it’s good to make your intentions known to men. Not sure where you got this idea because nothing could be farther from the truth. Dating is not something that relies on direct communication – it requires patience, finesse and knowing how to use your “poker face”.

You don’t want a man you are just starting to date to know how much you want him. That makes you look desperate, clingy and highly unattractive! Almost no one likes a person who comes on really strong, especially a woman pursuing a man.

4. You Pursued Him Aggressively

You asked him for a date, texted relentlessly and asked him about his feelings. Yikes! While some men might not mind a woman asking them out, men do not like HOT PURSUIT by women.

Genetically, men are still hunter/warriors and you cannot take the DNA out of dating. Dating is an ancient mating ritual and the playing field has not been leveled between the genders.

If you want to pursue men and ask them out, then you have to learn to take the same kind of rejection they do. What you are talking about is EXACTLY what nice guys complain about when they pursue women who aren’t straight with them.

5. Your Strong Connection Is in Your Mind Only

You feel a strong connection, but that doesn’t mean he feels it too. I see no evidence that he feels a connection, especially when you consider he avoids you and finds reasons not to date you. You only had one date! I sure hope you didn’t move back to his area for him and that it was just a coincidence the job you landed was there.

Learn to Read the Signs

You finish up your question asking me how to proceed. There is no reason to proceed. You can’t mess anything up because there is NOTHING to mess up. You aren’t in a relationship with this guy and he is not going to come around to your way of thinking. There is absolutely no indication for optimism.

I don’t recommend pursuing men for too many reasons to go into here. You can read this post about not chasing men if you want to learn more. So, if you plan to continue asking men out, you have got to learn to read the signs. When men don’t want to see you , blow off a date, put you in the friend zone, that sends a strong message saying MOVE ON.

I know I’ve been very direct here but learning this dating lesson won’t be easier if I am not direct. I strongly recommend learning the ballroom dancing approach to dating which you can read here. You’ll discover how to rely on your feminine charm vs. your aggressive, traditionally male tendencies.

You probably won’t like this. I know I didn’t when I first heard about it. But when I gave it a try – I learned to interact with men from the feminine and that made all the difference for me. These dating methods helped me find my husband – we’ve been married now for nearly 15 years.

If I could do it, so can you. Start by understanding men better