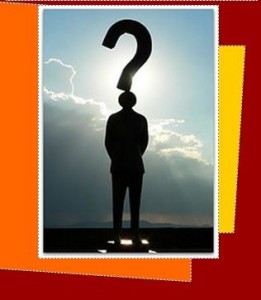 Here’s a scenario almost every single woman has run into dating over 50 or at any age really.

You meet a cute guy at work, in a store, at a bar, at speed dating, etc. You chat a bit and he seems interested. Then he takes the next step and asks for your number, saying you should go out for coffee or dinner sometime. You think to yourself, “Hey, he asked for my number and asked me out. He must be really interested in me!”

Maybe he texts you and starts a conversation. He might even ask what you are doing over the weekend. You think, “He’s asking if I plans for the weekend. That’s a good sign!” You start feeling excited about the possibility.

But somehow, you never actually connect in person and the date doesn’t materialize which turns out to be a major bummer!

What the Heck Happened?

Women ask me this very same question all the time because this sort of thing is so incredibly common. The trouble is there are clues, but many women don’t pick up on them. You attach meaning to interactions that don’t really have meaning and then you feel hurt and terribly disappointed.

I understand – I’ve been in your shoes. And I learned everything the hard way through the pain of experience. That’s why I want to open your eyes now and share with you these insights to help you with understanding men.

Learn to Read Between the Lines

When a man asks for your number and says,  “Let’s go to dinner sometime,” could mean a few different things. He may be:

However, no matter what the reason, this is a “lame” request and shows a lack of masculine leadership. Now that’s not always a terrible thing. But it clearly can be annoying as it leaves you left wondering and often dangling in the wind. When a man asks you to go out sometime, it’s more like he’s fishing or tossing out some bait versus asking you out.

What YOU Can Do

To alleviate some of the stress, I recommend you respond like this next time a man asks you out without any specifics, “I’d love to! When were you thinking?”

This will help cut through the nonsense. Either he’ll pick a day right away or stutter and do his very best to weasel out of it. Your quick response puts him on alert and will clear up the mystery. How he responds tells you everything right then and there, speeding up the process.

Some women won’t feel comfortable taking such a direct approach. If that sounds like you, the next best thing is to EXPECT his lack of follow through so you won’t be disappointed later when he never sets a real date up.

Don’t Make Excuses for Him

But, whatever you do, DO NOT ask him out. To help you with understanding men, this is like doing his job for him. If he’s not committed to asking you out, is that really a man you want to date?

Forget all that shy guy stuff you might be toying with. That’s just making excuses for his wimpy behavior. If you don’t want to always be taking the lead with a guy, don’t start doing so from the very beginning. Shy men know what to do to go on a date with you and they will do what it takes when they really want to see you.

Don’t believe that nonsense about how you intimidate men either. If you are intimating, cut that out and learn to flirt, be warm and friendly. Your intimidation factor is not a reason to taking the lead. I have found women who ask men out are the first to complain they are doing all the work in the relationship. You set up your relationship from the very first conversation. So if you don’t want to run everything, hold back off on taking charge.

11 thoughts on “Understanding Men: How to Handle a Vague Date Request”