Home » Blog » Online Dating » Understanding Men – The Cues He Likes Me Were There!

Understanding men is easier when you can be objective about what they say and do. As a dating coach for women, I explain the obvious cues to this reader so she won’t make these same dating mistakes again. 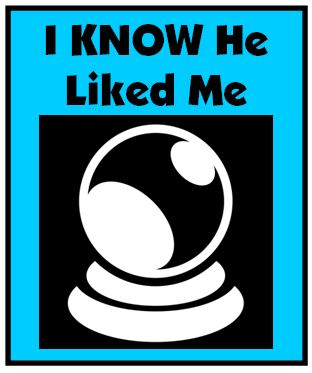 I met this guy online on a matrimonial site, not a site for hooking up. He broke up with his ex in December (now it’s March). He told me before meeting that he needs space to figure things out before he attempts a new relationship. Sounded reasonable enough to me.

We met for coffee. The cues were there that he was interested. Maybe I”m wrong you tell me, given he was fresh out of a breakup.

We agreed he definitely needed space to process given he didn’t want to start another relationship like the one with his ex who had been fresh out of a break up! I told him I wasn’t going to put my life on hold for him and if he came round and I was still available – why not?

Five weeks and I hadn’t heard a peep from him, so sent him a casual text which he responded within 5 minutes. He replied, “Hey..that’s funny lol! Hope you’re good too. TC.” Since then, I have not heard from him.

So in the total two months, not much from his end. Curiosity got the better of me and I saw that he was active on the matrimonial site. That leads me to believe it could be one of three things:

Anyway, I’m moving on and trying to accept he’s not into me. He has issues to deal with so maybe his head is still messed up. What do you think?

Thanks!
Puzzled in Pasadena’

There’s a lot going on here that I want to help you with so you improve your skills for understanding men. I know this is not easy and requires some objectivity, but you can learn to do this for yourself for sure.

All the Cues Were There – He Liked Me

Every one of the cues you pointed to tell you a man finds you attractive. Unfortunately, that doesn’t indicate his willingness to pursue a romantic relationship. See, attraction is not enough. Most women make this mistake of confusing attraction for genuine interest.

True, attraction is a great start, but to really know if a man has romantic interest, he needs to pursue you consistently over a few months. There are no short cuts to prove he wants you. On the other hand, there are short cuts to know it’s time to move on.

The Real Dating Cues to Watch For

These are the cues you could have picked up on so you didn’t waste two months on Mr. Matrimonial Man.

1. He Needs Space. This is an honest statement and he truthfully cautioned you where he was at. Saying he needs space is“Man Speak” for “I’m not relationship ready, not even for you.” The next man that tells you he needs space or doesn’t want a relationship – BELIEVE HIM right away. Don’t wait to see what happens. Don’t meet him to see if you like him. Just keep looking for a man who is ready. Anything else is a waste of your time.

2. Recent Break Up. You never want to be the “Transition Woman”. She is the woman who helps a guy get over his ex or supports him emotionally through his divorce. After you pour all that energy into a man with broken heart, he will feel better and move on to find the woman he falls in love with.

They don’t mean to do this – it’s just what happens. Men who need this kind of help are incredibly skilled at finding women who will give and give. Don’t go for the fixer upper. Go for a man who is emotionally healthy and ready for love now. With divorce, wait a year. For a breakup it could be less depending on his age and the length of the relationship.

3. Mostly Talked about His Ex.  When a man spends your first date talking about his ex, he is demonstrating continued emotional attachment to her. No man who is sits with you and talks about his ex a lot is relationship ready.  The last thing you want to do is talk about your ex too! A first date is not time for group share.

Your first date should be fun, light hearted and a way to get to know the good parts about each other. That will never show when either party talks about an ex at length. That’s another sign to move on.

4. Doesn’t Ask You Out for Weeks. This is your biggest clue a man is not serious about a romance with you. I don’t care if he texts, calls, emails – unless you see him in person, he is not pursuing you. Over and done.

His work, kids, or even health are not an acceptable excuse.  These things tell you he is not available enough to pursue you.  While he may be a great guy – he’s not the right man for you because he doesn’t have the time. Don’t ever wait this long again! If he doesn’t see you for two weeks, move on!

The Good News Is You Love Yourself Enough to Move On!

So glad to hear you are moving on. Good for you! That shows you do have some dating skills and self-respect. After reading this I hope you find these skills are even stronger.

Now, the three reasons you pointed out for his not pursuing you are on target and could all be true. As a dating coach for women, I’m not too concerned with a man’s motivation and why he did certain things. I’m more concerned about you and protecting your feelings by objectively assessing thing said and done to know if he’s not a good bet and it’s time to move on.

We can’t impact why a man thinks or does anything. But every woman can be in control of herself. You control your romantic destiny by what you mistake as interest, put up with based on misplaced hope, and realize it’s time to walk away. That’s why I offer dating coaching – to help you objectively see a situation and know when it’s time to move on.

If you want help understanding men from a dating coach with practical, proven dating advice, please give me a call at 203-877-3777 for a free 15-minute consultation.

4 thoughts on “Understanding Men – The Cues He Likes Me Were There!”