Home » Blog » Understanding Men » Understand Men: When a Man Gives Me His Card, Should I Call Him?

Need to better understand men? Here’s why you should never call a guy who gives you his card when you meet and what it actually means. [Updated December 2021]

He Gave Me His Card – What Should I Do? 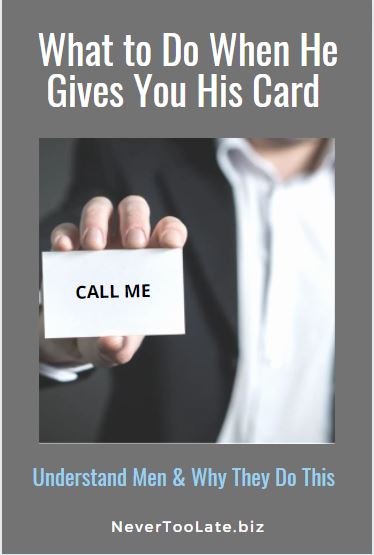 How do you respond when a man hands you his card and says, “Give me a call.”

Whatever you say, I sure hope you don’t call him!

During my dating journey, I had several men offer their card to me. Usually I was smart and just smiled. But one fateful time, I got taken in by a very handsome guy who had moved here from Italy. Seriously hot and sexy with the accent and style you can just imagine.  Ooooh baby.

Good sense escaped me as I bravely decided to call him. The number he gave me was to his social club and when the bartender answered, I asked if Joe was there.

What a great moment this must have been for him, each time a woman called him in this public place. The bartender announced, “Joe, another woman for you!”

Arggghhh! I felt so incredibly stupid. But I did smarten up and never called another guy at the start of dating. I did learn how to understand men the hard way of course.

3 Reasons Why He’d Hand You His Card

Yup, giving you his card is the easy way out for this lazy guy. He’d rather have you do the work. He finds you attractive and if you want to do initiate, he’ll go along for the ride. But he is leaving it up to you. Like I said, he’s lazy.

He doesn’t understand dating roles today and is confused. How could he not know it’s his job to get a woman’s number and ask her out. This means he is lacking confidence and the typically innate male drive to conquer.

As my shy husband says, “Any man worth his salt knows it’s the man’s job to ask a woman out and pay for the first few dates.”

Yet, we live in confusing times and there are a growing number of men who now feel timid about being the pursuer. I wrote this blog nearly 10 years ago (in 2013), and since then things have changed.

Today, more and more men have been wounded by women and cast aside through divorce, relationship, or dating. This is often behind men who are inconsistent and send mixed signals.

For these men, they want reassurance first from you before taking the lead. They fear harsh rejection, so they hang back waiting to see if a woman will show signs that she’s interested.

Maybe he could still be a good guy even if you have to take charge. To really understand men, you have to understand these nuances. I’ll share how to best handle this kind of man in a minute. 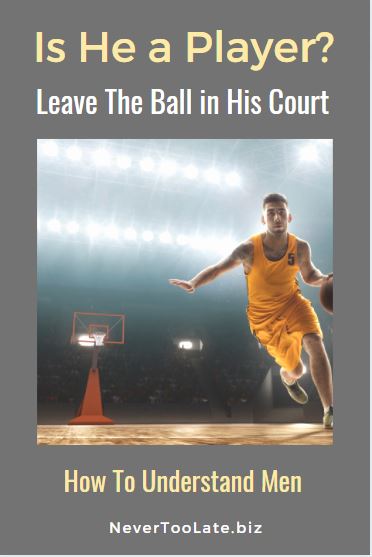 This guy is not serious about you or any woman and is not looking for a relationship. He hands out cards like candy just to see who will call. To him, it’s a great game.

And if you don’t call, some other woman will. It doesn’t really matter to him.

As you understand men better, you can see that the first and third examples are not men are worthy of your time.

While I don’t buy the “he’s shy” excuse, I will say that some men are skittish and want a little reassurance from you first.

So, how should you handle a man who asks you to call? The dating advice I give my love coaching clients is a simple script. “Oh thanks, I’m old fashioned and don’t call men. But I’d love it if you called me.”

This flirty, feminine response let’s that skittish guy know you are into him. After that if he doesn’t ask for your number, forget him because he never will.

The lazy guy probably won’t call and the player who’s game is to hand out cards won’t likely either. This is how you separate the good prospects from time-wasting men and how you can best understand men.

You might now know which of the three types a guy is who offers you his card. But this approach will still work with any of them.

Understand Men – What Your Request Means to Him

1) It sets a boundary and let’s a man know what he has to do to pursue you. If he is truly interested, he will ask for your number and call.

2) It tells him that you know you are the prize and if he wants you, he’ll have to invest his energy into winning you over.

A little resistance does wonders for your desirability. It’s called sexual tension. This is so important rather than being too eager, available, or in other words, handing yourself over on a silver platter.

Some of my clients insist they should call. Maybe she is really into the guy or she doesn’t want to let a “good one” get away. If you absolutely must, then call him ONE TIME.

However, do not ask him out or suggest getting together because once again, you end up in the driver’s seat, which is NOT the seat you want to be in when starting to date a new man.

When you initiate you have no leverage and you learn nothing about his true level of interest in you. 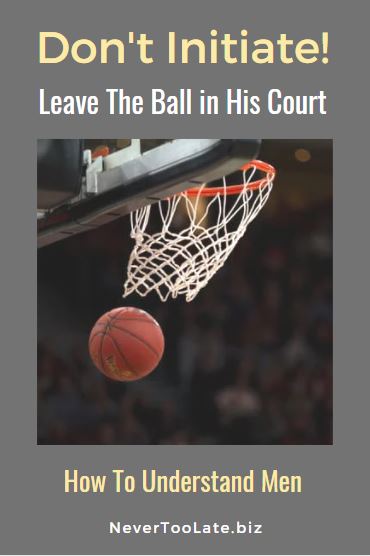 Whether you like it or not, dating is a game and you need to know how to play if you want to win.

To explain this a bit more, think of ballroom dancing. There’s only one leader per team when you do ballroom dancing, so as the woman, you have to follow the man’s lead.

This is also like the basketball reference to leave the ball in his court. Let him decide to pick up the ball and run with it to get your number, call, and ask you out.

When you understand men, you know it’s best to let the man initiate and  pay too for at least the first and second date. This is the ONLY WAY you will know how much a man is into you – by what he does to pursue and win you over.

When you don’t lift a finger, you’ll see how motivated he is to be with you. On the other hand, if you do initiate, you’ll end up wondering how much he is into you, freaking out why he’s not calling, or asking you out.

Honestly, it’s up to you.

Want to learn more about men and their mixed signals? Get my Free book His Mixed Signals Are So Confusing

7 thoughts on “Understand Men: When a Man Gives Me His Card, Should I Call Him?”