Home » Blog » Understanding Men » Three Day Rule: Should I Have Answered His Text? 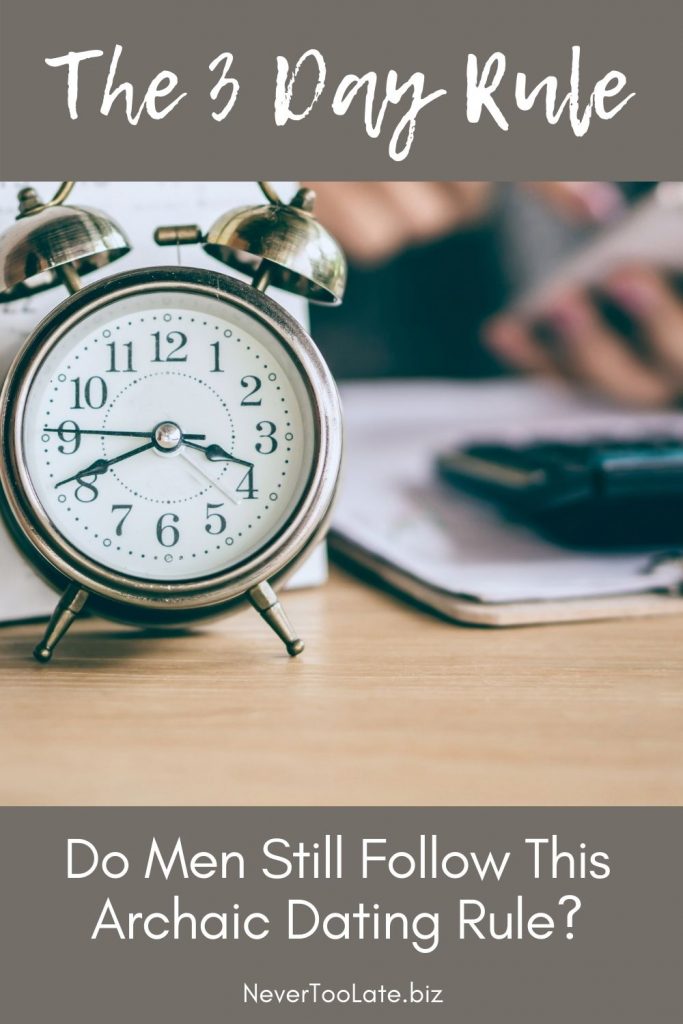 The three day rule still exists. After a first or second date, some men wait three days before calling or even texting you. This is because they don’t want to appear over eager. Here’s what happened to one woman who was insulted by this typical timing.

What do you think of guys who follow the 3-day rule after a great first date? I went on a wonderful first date with a guy who approached me, got my number, asked me out, etc. By the way, he asked me out FOUR times before I was available, so he definitely pursued. On the date, he mentioned making future plans, going to sports games together with his tickets, etc.

He Didn’t Text Me for Three Days 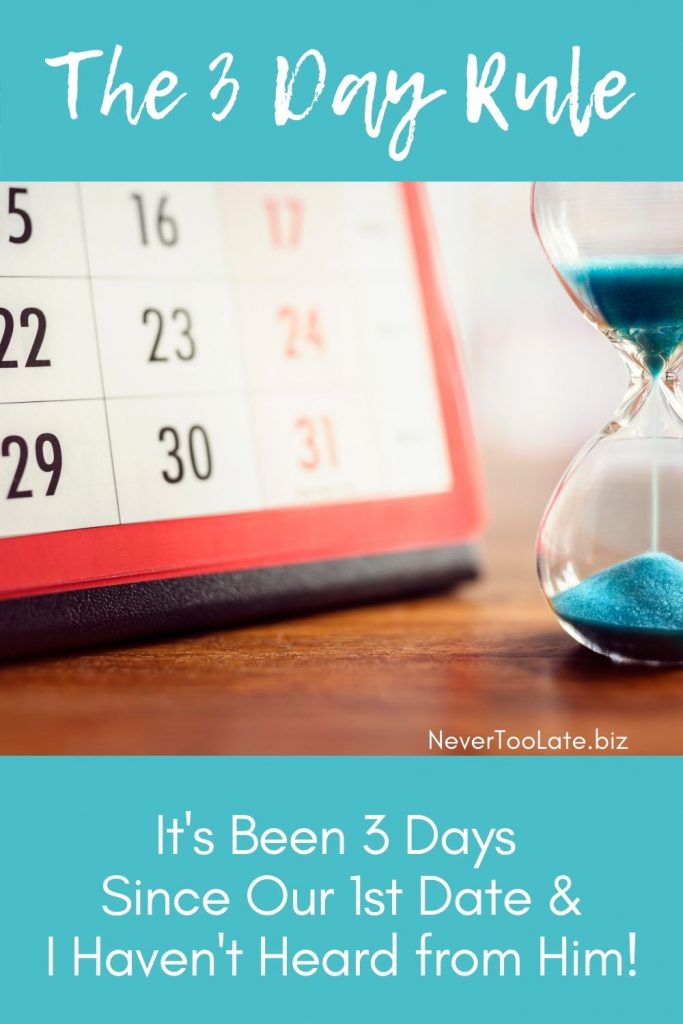 At the end of the date he suggested doing it again sometime. He didn’t text me for EXACTLY 3 days (I’m talking 72 hours to the dot) after the first date. I was really turned off by this. It was an annoyingly casual text, too – “Are you watching the XYZ Basketball game? We’re doing really good….” that’s it.

No phone call? No “had a great time let’s make plans again?” I didn’t respond. I haven’t reached out to him at all. Should I have responded? This was 4 days ago and he hasn’t texted or called me. He may be playing a game or just be a wimp. I don’t know.

Truth is, I am quite a bit out of this guy’s league both in looks and personality. I think he is trying to turn the tables a little bit.

Please tell me what you think and if I should have responded.
Thanks,”
Still waiting in Indiana

You might be surprised by this, but I think you were a little hard on him.

What Is the Three Day Rule? 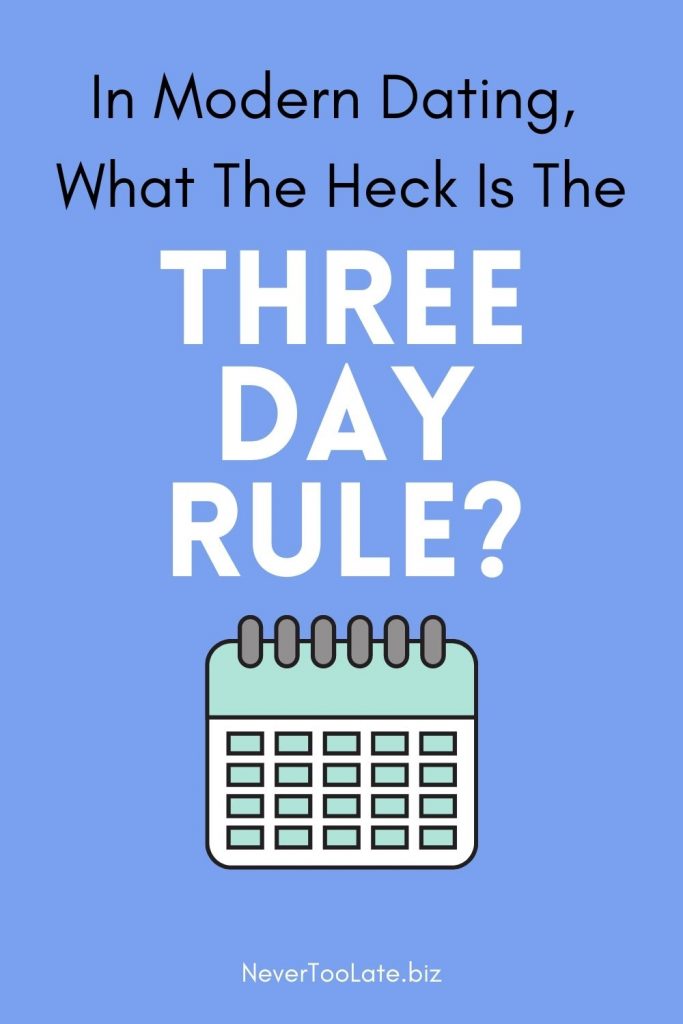 When a man waits three days to connect after a first date – that is the “Three Day Rule” which has been the male standard for when to contact (which used to be a phone call) after a first date. Three days is still a good response time in my book.

Some men wait a week or two! That’s a sure sign those guys aren’t that interested, are chasing a lot of women, or got distracted by someone else.

With the man I married, the first few weeks we dated, he only called me once a week and we saw each other once a week. He did make a second date at the end of the first, but waited 4-5 days to pick up the phone.

The Unspoken Rules of Dating

Texting with Men after the First Date

A guy might text you sooner than call, even right after the date. Many singles start messaging on the site and keep going strong. Younger men (under 40) tend to communicate via text a lot since many grew up with a cell phone. its become part of their nature.

However, please keep in mind that texting, while fun, is often meaningless. A man can be texting many women at the same time and it’s a lazier way to go. What do I mean by that?

Men know a conversation by phone could take 20-30 minutes or more. So, some guys limit time invested by texting instead. That’s why the phone call is more important, which is particularly true for men over 50.

Two Ways to Take Care of Yourself vs. Waiting 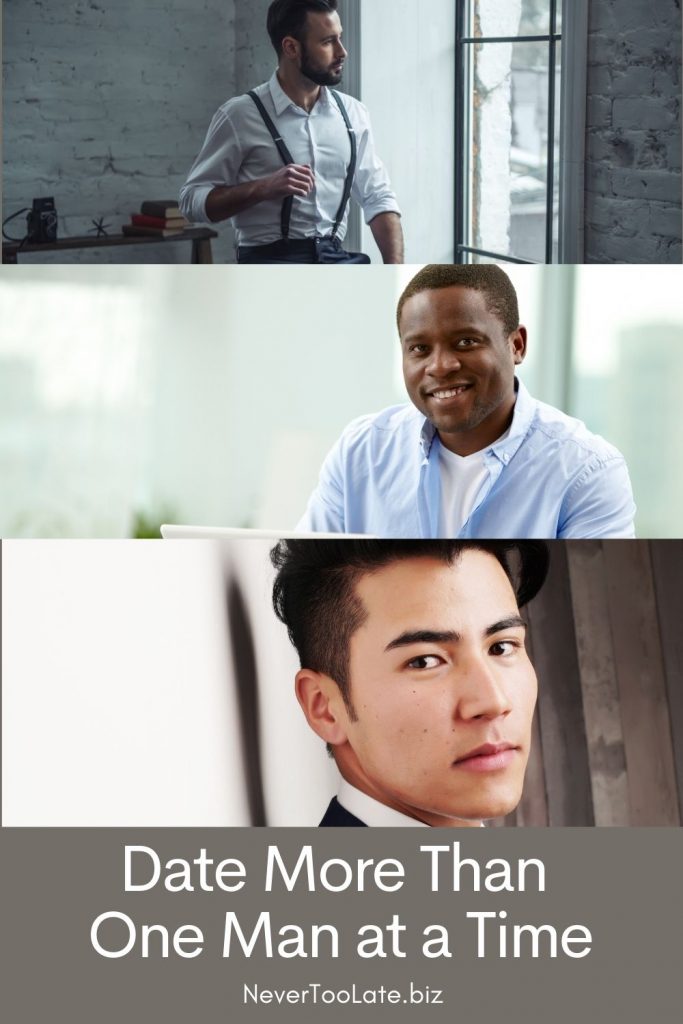 1) Date More Than One Man at a Time

Back to how things went with the man I married. Lucky for me, I didn’t care that much about his slower timing. That’s not because he wasn’t cute or a real possibility, but I was dating another guy too.

This is the exact reason I recommend dating more than one man a at time. It keeps you from over analyzing any one man before he’s proven himself. This is an effective way not to get overly attached either prematurely. And, having other guys to think about will prevent you from driving yourself crazy when they follow the three day rule.

Doing this made a huge difference for me and kept me calm when I didn’t hear fast enough for my taste.

Truth is, if I hadn’t been dating that other guy, I probably wouldn’t have found Paul’s timing acceptable. I’m quite sure I would have sabotaged things by kicking him to the curb because I was tired of waiting around due to his slower pace.

Whether you schedule time with girlfriends, start a project, or exercise, plan ahead when dating and find ways to keep yourself occupied. Having little or nothing to do between dates gives you too much time to think about when a man will call.

Clean out a closet, journal, paint something, learn to knit or speak Italian. You get the idea. Idleness permits too much time for overthinking the situation.

Another point about gaps in communication is that sometimes men look for positive feedback from the woman. They want to know you are interested before they continue pursuit. This is evidence of lacking guts, but the truth is dating has been hard on some guys too, not just us women.

However, you chose not to respond at all to his casual text. Certainly that was an option. But, by not answering, what were you hoping to convey? Did you want him to think you didn’t want to see him again? That’s the message he probably got even if that’s not what you intended.

While I agree with women when they complain about men who text too much or never call, the difference here is that you were just getting started. He might have called had you answered him.

As a dating coach,  I hear this from male clients – women won’t give them an inch or any positive feedback. Yes, some guys hang back using the three day rule and need a little encouragement from the woman. Responding to a man’s text is how to provide that sign of interest.

A Little Encouragement Makes a Difference

Sadly, many women don’t give most men a chance. As a result, lots of good guys who would make great mates, have been emotionally beat up and feel dejected. They are tired of taking ALL the social risk of dating by sticking their necks out and chasing you.

Providing a little positive feedback lets a man know you are happy to hear from him. This is a smart move and is a kindness.

You don’t need to say much – just keep it light and simple. Respond to a man’s comment on the game and then you can say you had a good time. What’s the harm? That doesn’t make you over eager, too enthusiastic, or desperate.

Instead, this willingness makes you seem warm, positive, and willing to share a small degree of vulnerability which is very sexy and feminine to be honest with you.

It’s Not Too Late to Text Him Back 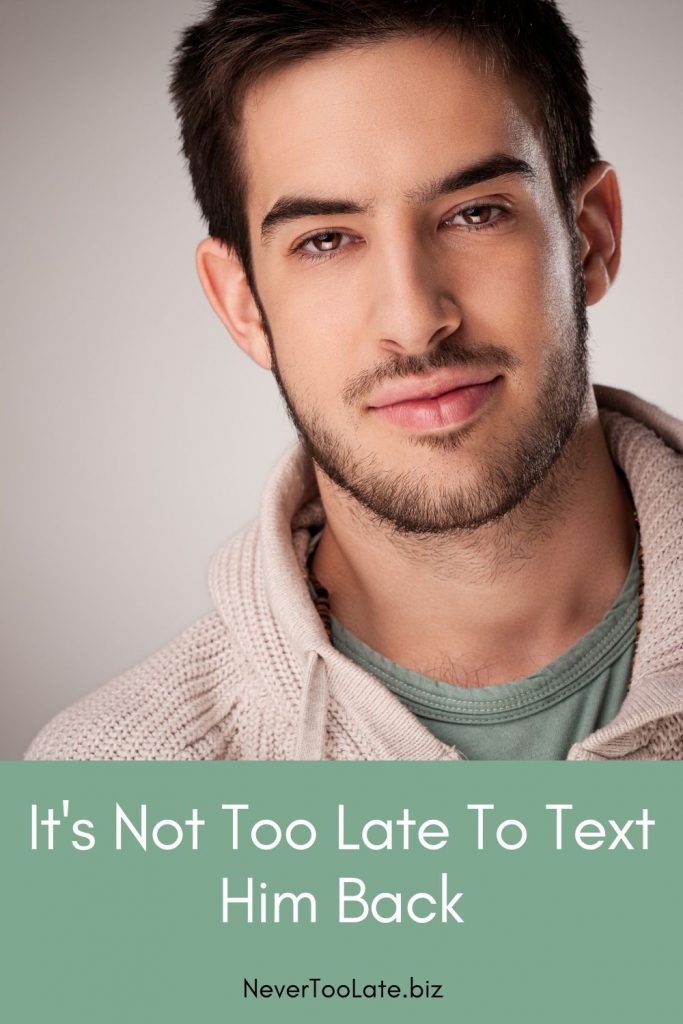 You may be out of his league, but you’re probably off his list now since you didn’t text back. But, it might not be too late. You can still text him back and tell him you had fun with him. Then mention something you are doing.

Keep it light and short. You never know, a little encouragement could bring him back.

I am a big believer in letting the man lead and not chasing them. This dating advice does not go against either of those principles. He reached out to you, so the ball is still in your court. Toss it back to see what happens.

It might not work after four days, but this way you won’t wonder what would have happened if you had responded.

Give Men a Chance

You may be used to men calling you the next day which feels great versus following the traditional three day rule. But to me, waiting three days to start a conversation with a casual text is completely acceptable. I’m all in favor of having high standards so long as you are realistic with your expectations.

It’s easy to say no to men. Instead, I’m going to encourage you to open up a little and give men a chance. Offer a little positive encouragement and give them a chance to win you over. Thank goodness I followed this advice and ended up with my husband whose timing was slower than mine. I’m just saying it worked out great for me and could for you too.

Want more insightful and savvy dating advice like this to avoid typical dating mistakes? Download my free book 7 Dire Dating Mistakes Women Make that Keep You Single and you’ll get my newsletter too.

3 thoughts on “Three Day Rule: Should I Have Answered His Text?”