Ever wonder what the meaning of Luck of the Irish is all about? In this episode of the Breathe Love & Magic podcast, I explore the Luck of Irish and then did a deeper dive to find out if luck is real or imaginary.

The Definition of Luck 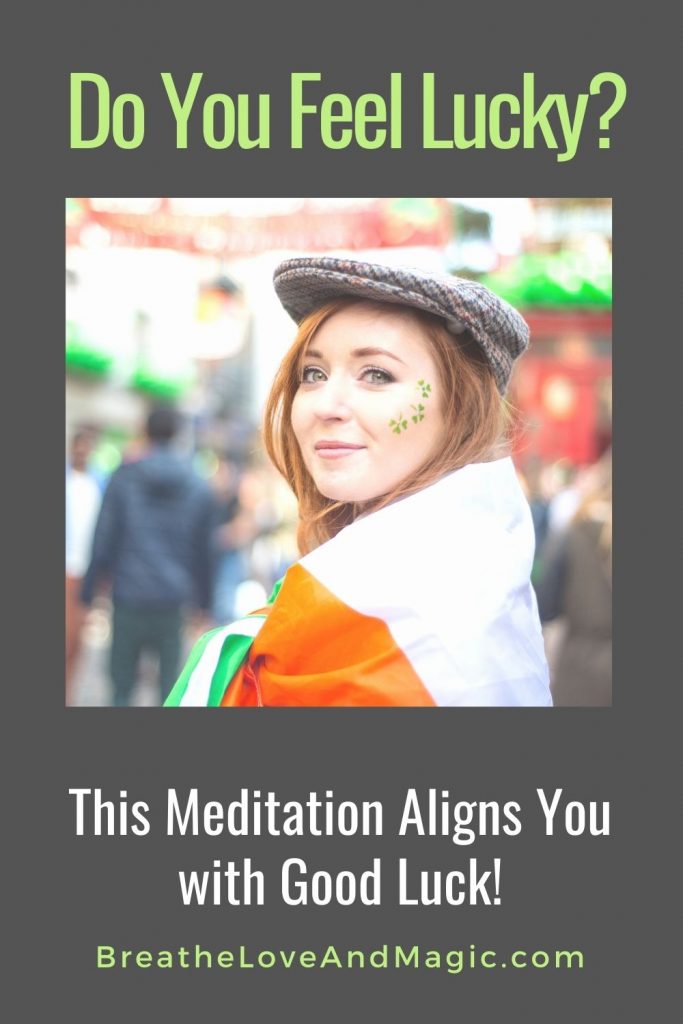 First, I checked with Wikipedia to see how they define luck. “Luck is the phenomenon and belief that defines the experience of notably positive, negative, or improbable events.”

Then I read an article in Psychology Today magazine that explained how believing in luck serves a useful function in your life. It helps you cope emotionally with chance events like a natural disaster or car accident.

So, if your home is ruined by a storm, but you and your family are okay, then you are lucky. Another example is a bad car accident. If you survived or came away unharmed, that’s definitely a reason to think you’re lucky.

Turns out believing in luck can create a greater sense of optimism about circumstances beyond your control, which much of life really is.

Before I get into the meaning of luck of the Irish, I want to learn more about how scientists now view what luck is about.

Luck Is Related to Risk and Chance

The BBC had a piece on this topic that stated, “Luck is a really interesting aspect of risk and chance.” Cambridge University’s Dr. Mike Aitken says research suggests people who think of themselves as lucky actually are lucky. This is because they are willing to take more risk and jump at opportunities.

A Canadian study lead to creating a “Luck Scale”. This was intended to debunk the idea that belief in luck is related to a person’s self-esteem and life satisfaction.

But, they discovered people who believe they are naturally lucky tended to be more optimistic about future success. This was especially true after a lucky event. In other words, a “Lucky Break” makes people feel more confident!

Even Forbes Magazine had an article about how luck impacts your success, and they also suggested that it sure does make a difference. 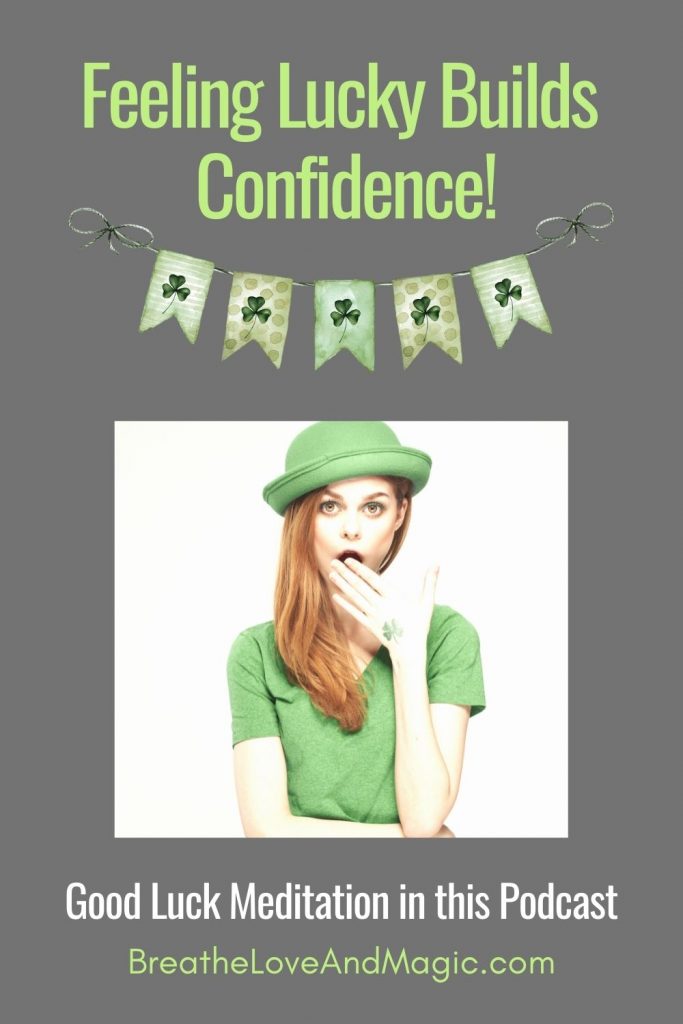 Last but not least, I read a fascinating article from Scientific American which gathered data from several sources about luck. Surprisingly, it became obvious that luck and opportunity play a far greater role in success than originally anticipated.

A group of Italian scientists created a success model to simulate the factors of life. This included circumstances, personality characteristics, and opportunities, discovering that luck plays a big role.

Most people assume success is a result of intelligence, talent, perseverance, and optimism among other qualities. Yet, many smart, talented people are not the ones who become successful.

So, yes, luck is real and it sure does matter!

The Meaning of Luck of the Irish 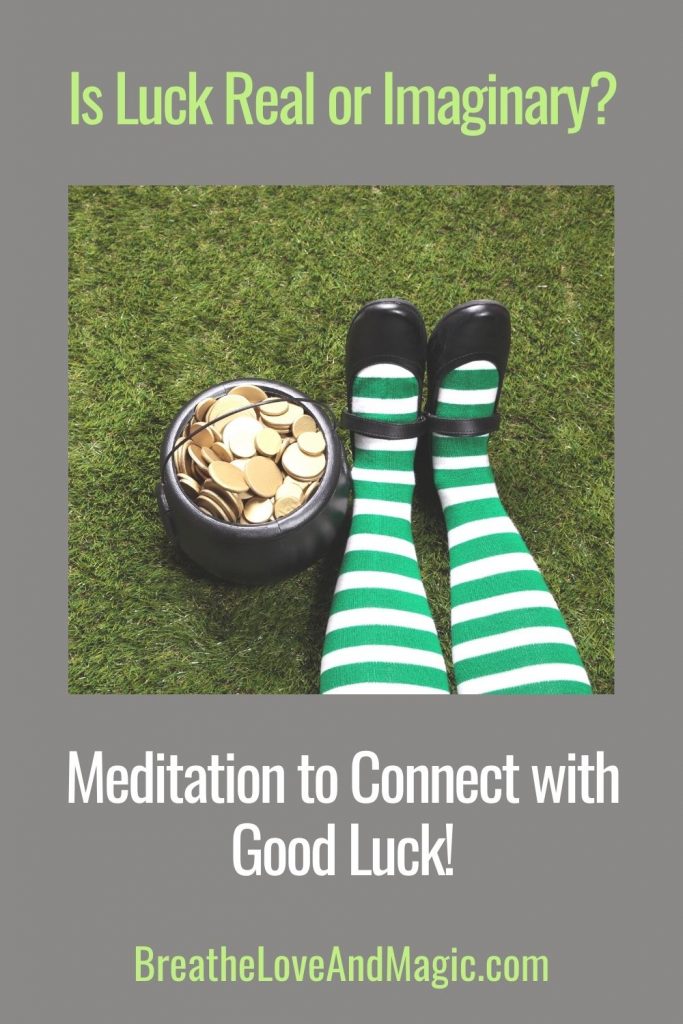 I also explored the meaning of “Luck of the Irish.” There are two different schools of thought on this.

Turns out the phrase “The luck of the Irish,” came from the USA in the 1800s during the California gold rush. Apparently, many of the miners who hit it big were Irish.

The other area of Irish luck has to do with leprechauns, the pot of gold and the fairy folk of Ireland. They are also called Tuatha de Danann (pronounce Two-a day).

I can’t say as I’ve met any leprechauns, but I have seen a fairy tree when I visited Ireland. Looking out the window of my tour bus, I saw a tree with lots of branches spreading out wide, many close to the ground were filled with colorful ribbons tied all over them, waving in the breeze.

The ribbons represent peoples’ prayers and wishes, tied there hoping the fairies will grant them or bring them good luck. Reading more about it, according to traditional Irish folklore, when you see a Hawthorn tree in the middle of a field or by the side of the road, as I did, it is called a fairy tree.

Fairy Trees Are Portals to the Fae 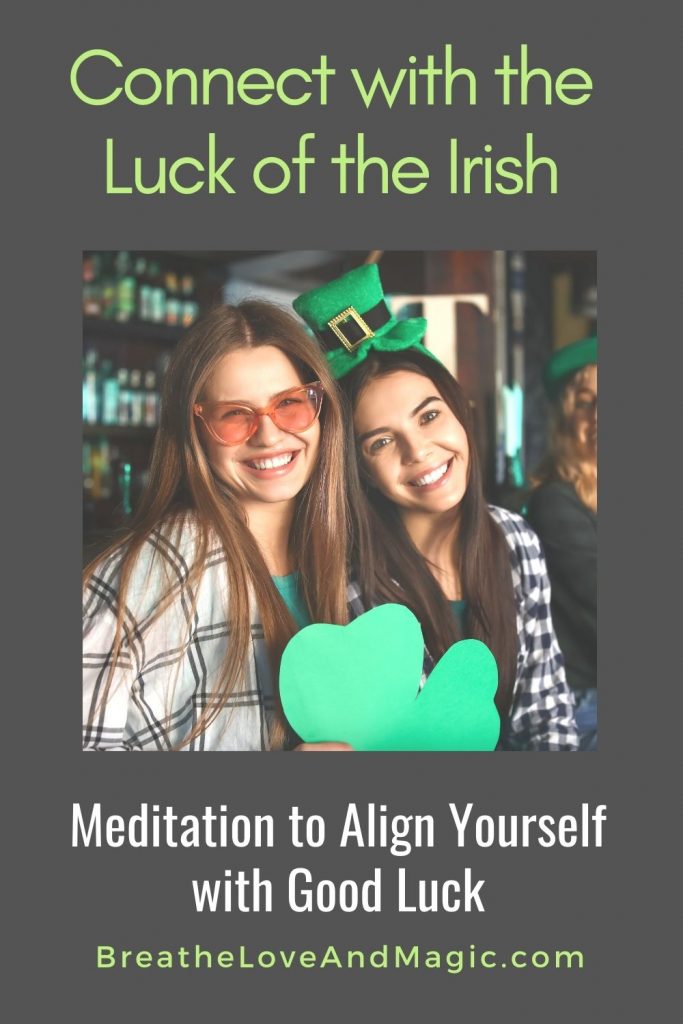 This is considered to be a gateway or portal between two worlds – the mortal humans and the magical world of faeries, also called the Fay (Fae). Going down to the roots connects the energy to the magical places where the fairy folk reside.

Today, we can spot fairy trees dotting the countryside, often at ancient pagan and holy sites. For example, there are fairy trees near the Hill of Tara, at St. Brigid’s Well, and Killary Harbor.

The Irish take their legends seriously, especially about the fairy folk. As magical beings, they can grant good fortune or lay a curse on you. So, best not do anything to remove a fairy tree.

Apparently, the DeLorean car factory was built on a site where they took known fairy trees down and the company failed miserably years later.

So, for today’s meditative journey to tap into the luck of the Irish, we will tread with respect as we visit this magical land.

Meditation to Connect with Luck of the Irish

Given all this talk about how luck is real, I thought it would be helpful to know the meaning of Luck of the Irish and connect with it given St. Patrick’s Day is here. Of course, you can raise your luck any time of year!

This is a fun visualization where you’ll make a wish and align your chakras to be open to luck. Enjoy the meditation and your new found or improved good luck. Happy St. Patrick’s Day!