Wondering if you should stop texting him? If he’s a long-distance guy, there is little benefit to staying in touch if you’ve never met. Find out why as I answer this reader’s question. 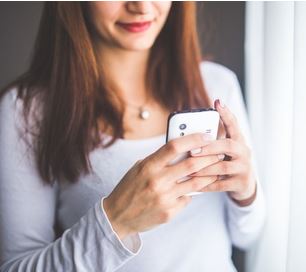 Do I Stop Texting Him Now?

I started talking to a man online but he lives in another state. I am still keeping my options open but have continued communicating with this guy because he is smart, funny, kind, interesting and not bad looking (from his pictures). The first week of communication he was very intense calls/texts every day and night. The following weeks communication has declined to a simple good morning text or a call every few days.

I know it doesn’t cost me anything to respond to a good morning text or take a call but should I? I have never been in a long distance relationship and I know they are difficult to sustain. However should I stop texting him and calling him?

I am worried that with the communication still on I may have higher expectations and if they are not met I will be disappointed. I may be able to control that if he doesn’t give me false hope. At this point he has not mentioned a meeting in the near future.

I have pulled back on initiating contact even though he does 90% of the initiating. I just want to know whether I am a “fill in the time” girl or if he is really interested in developing a somewhat serious relationship.

His last relationship was also long distance and he told me it didn’t work out because the girl wanted to move to EU and he is not moving to EU. As I mentioned I am still dating others and knowing me if I meet someone close who I connect with I will not have second thoughts. I just don’t know if stopping communication with him is something I really want to do since its not like we are in any real relationship but I don’t want a 3 year pen pal either.

Thanks for your help with this,
Lost about LDR”

As you yourself said, you are not in a long distance relationship (LDR). Since he has already slowed down how often he reaches out to you and has made no move to meet you, why bother with him? This is nothing but fantasy. You ask if you are his fill-in woman. No, you are his virtual woman. You could only fill-in if you went on dates with him.

Why waste time on a man who lives far away and makes no effort to meet you? Especially given that he already ended an LDR because the woman wanted him to move closer. It doesn’t matter if he does most of the contacting – its still not going anywhere. My bet is he prefers and seeks out these long distance situations because he feels less pressure on him that way.

I know of women who actually pulled up roots and moved to the city of a long-distance guy only to be snubbed and ignored. The vast majority of men who contact women out of state either hope for a romantic weekend fling or never plan to meet you. Don’t fall for this nonsense.

My dating advice is to NOT get involved in virtual relationships that are dead-ends and time wasters. A man who shows genuine interest in wanting to get to know you, makes an effort to get together, not just text and call. Men who are truly interested want to see you in person so they can kiss you, not just talk to you. They want to find out if you enjoy similar ways to spend your free time and more.

It is highly rare and most definitely the exception when a long-distance thing becomes serious and moving closer becomes a reality. Stop texting him and know that dating local guys makes much more sense for finding lasting love.