Thinking about Spiritual Travel? In this episode of the Breathe Love & Magic podcast you’ll hear about the travels and exciting Past Life Memories of Yarra Miller.

Have You Longed to Be a Spiritual Traveler? 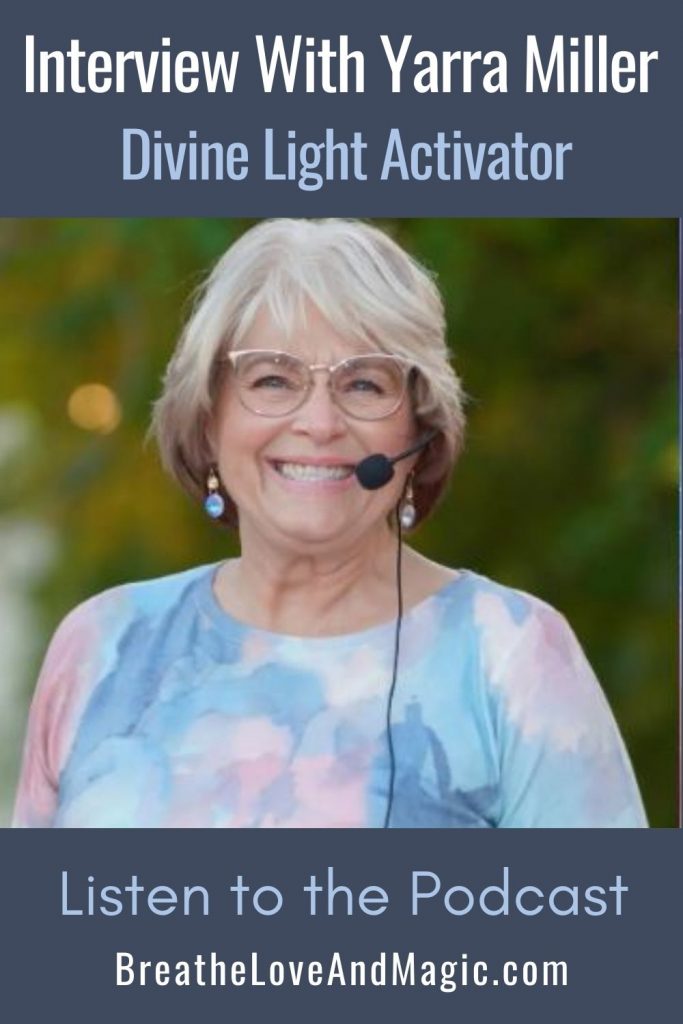 From a young age, Yarra Atlantica Miller dreamt of travelling around the globe and visiting ancient spiritual destinations. From Egypt and Jordan, to Cambodia and Peru, Yarra has traveled to these exotic locations and stepped back in time while there.

My guest describes her explorations of these famous locals and shares her wild and vivid experiences with listeners. Many people have this longing to be a spiritual traveler. What about you?

In the first part of the episode, Yarra explains how she is a Divine Light Activator and the energy work she does, so the spiritual travel portion starts around the 14-minute mark.

The Temple of Edfu in Egypt 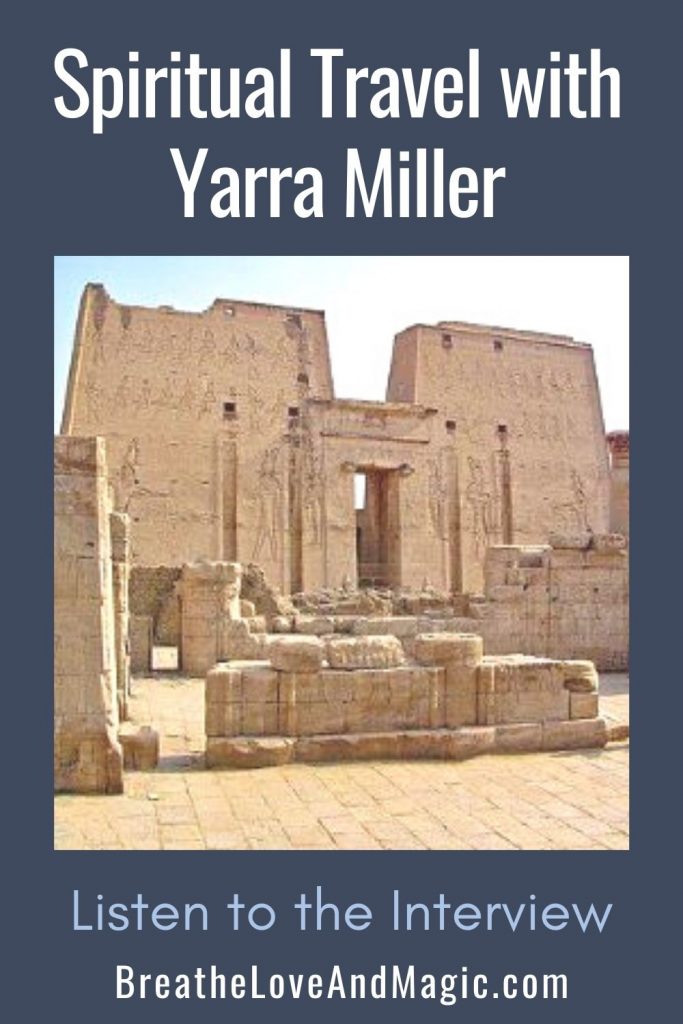 The first spiritual travel site we talked about is one of ancient Egypt’s best preserved sites. The Temple of Horus at Edfu was constructed in the second century BC under the Ptolemy Dynasty. Carved with giant-sized hieroglyphics, it’s near the Nile River in Upper Egypt.

When my guest, Yarra, walked into the Temple of Horus, the first thing she saw was an enormous shadow in her mind’s eye. If that wasn’t surprising enough, she heard what she felt was the voice of Horus speaking to her. Horus is the Egyptian God of war and sky.

Horus told her to hold on because he was about to shake up her DNA. Then Yarra said she felt like she’d been put into a blender like a milkshake! So shaken after her own personal earthquake, she asked her tour guide to help her walk out of the temple.

Her connection to ancient Egypt runs deep and her past life history there was in one of the earliest dynasties. Many people with an affinity for everything Egyptian have a curiosity about hieroglyphics and more starting in childhood. I sure did and the same is true for Yarra. 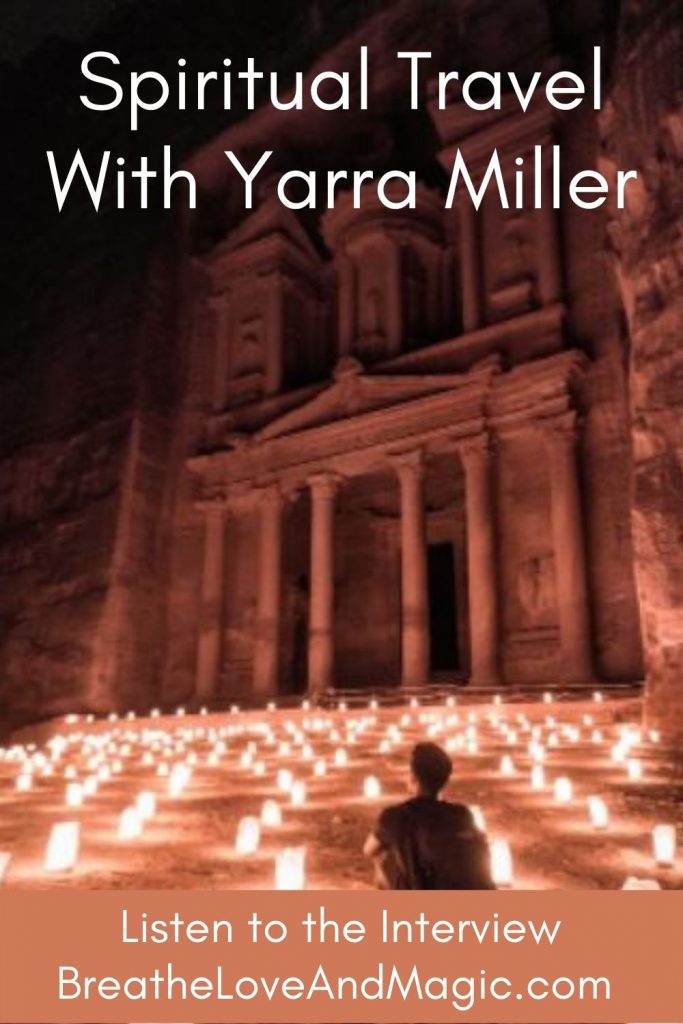 Skillfully carved out of the side of a mountain, Petra’s stunning facade was made famous in the movie Indiana Jones and the Last Crusade. Yarra visited this spiritual travel site from antiquity and enjoyed viewing it’s beauty in person. The ancient city was once a thriving market place for about 500 years between 400 BC to 106 AD.

Only 15% of the city has been recovered. Built by the Nabataeans, a Bedouin tribe, Petra was perfectly positioned on the trade route until the Roman conquered them. After that, trade by sea became the preference and traffic to Petra dwindled. 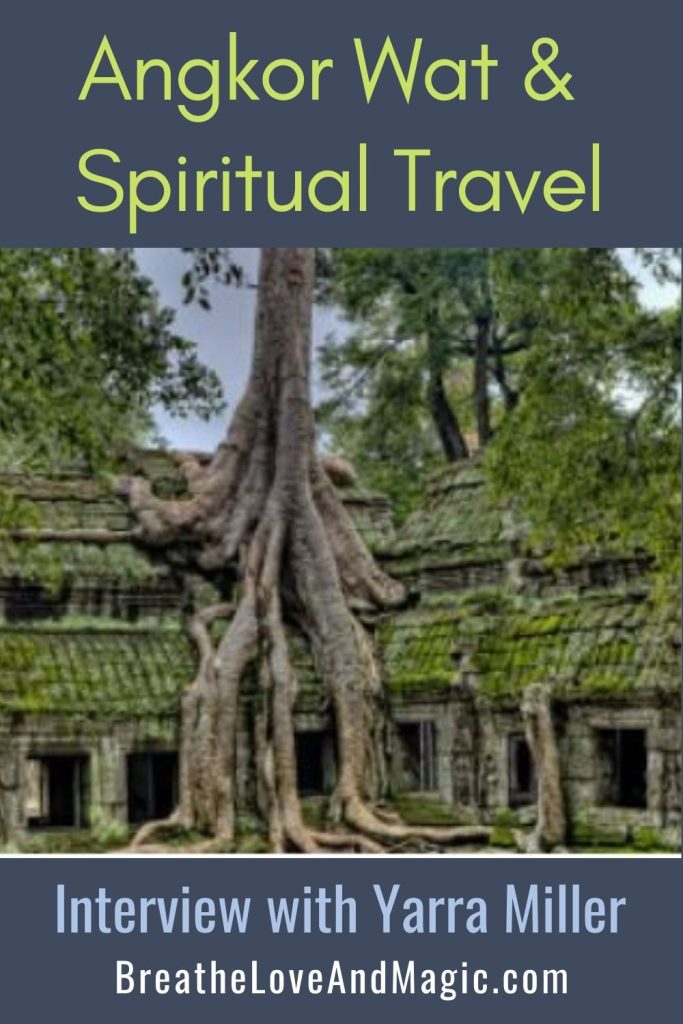 When visiting Angkor Wat, Yarra had an activation experience created by the group leader who brought them to the site. This amazing complex in Cambodia was built in the 1100s. Originally established as a Hindu Temple and a mausoleum, Buddhism became the focus.

The massive group of buildings covers 400 acres and is the the largest pre-industrial city and spiritual travel location in the world.

Luckily for Yarra, she trusted her intuition, because she lost track of the group while visiting. She ran into a few other women who were waiting for the bus. But Yarra felt this spot was off track and didn’t stay there.

She set out to find her husband and the rest of the group. Good thing because the other women would have been left behind if Yarra hadn’t sent the bus driver back for them. 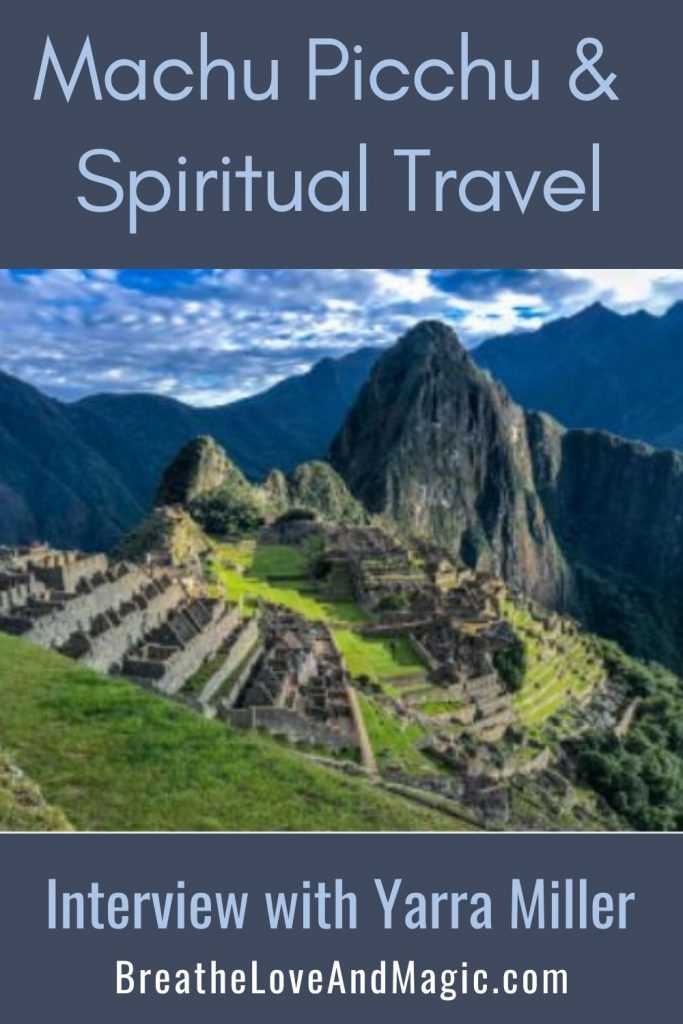 The real purpose of Machu Picchu is still uncertain, but this mountain-top site is thought to have been either a religious spot or a royal estate for the Incas.

After the Spanish invaded and the Incas disappeared, the site was abandoned. Then, Machu Picchu wasn’t found again until the archaeologist Hiram Bingham came across the terraces in 1911.

Yarra visited the site early in her travels and was inspired by the remote quietness of this sacred location.

When you choose spiritual travel, following your desire to see a new place might very well be answering the call of your soul. Visions from your past lives may show up as you visit new places. Don’t be surprised if you encounter this on your next trip. Have fun!

To get your Free Gift from Yarra Miller, visit her website and go to the footer to subscribe and receive her Guided Meditation: OwnYourDivineLight.com

Yarra Atlantica Miller (Soul Name of Janet Miller) has been on the eternal journey of owning her Divine Light for the past 20 years.  As the Divine Light Activator, she assists and supports awakening souls stepping out of the 3D matrix and onto the 4D bridge to 5D higher consciousness.

These awakened souls have been propelled onto the path of self love  and Janet provides a community of support through her mastermind group called the Divine Light Accelerators.

She hosts the Own Your Divine Light Show, which features experts from all over the world. They share their own paths to enlightenment and create the freedom to be the authentic people they are meant to be.

As an energy conduit, she supports people through energy sessions, chakra work and other energy modalities. As a Soul Purpose Oracle reader, she assists others in understanding the creation codes of their unique birth name. Janet is a co-author of Women Let’s Rise!