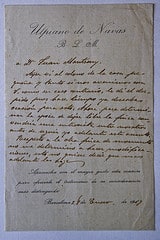 Women often seek my dating advice on how to let a man know you’re not interested. This is tricky because you never really know who you are dealing with. Case in point – this article from the Huffington Post about an investment manager’s embarrassing email asking why he didn’t get  a second date.

It seems Mike and Lauren went out on one date and they each had differing opinions about how it went. Since Lauren didn’t respond to Mike’s subsequent emails and calls, we can safely assume  she didn’t think it went so well. We aren’t privy to the reason, but once you read the article – you can get a few good ideas – like maybe Mike’s completely off his rocker.

On the other hand, Mike thought their first date went very well. He thinks they are a great match because they both like classical music. And he can’t understand why she won’t go out with him again for several reasons:

1. She demonstrated that she liked him by playing with her hair

3. He makes good money and contrary to her belief, managing his parents money is a REAL job.

After emailing and calling Lauren to no avail, Mike googled and found her email address. Then he wrote and sent the amazingly long note which somehow got posted in Reddit and ended it up in the Huffington Post.

The email clearly demonstrates the full extent of Mike’s lunacy. While he berates Lauren for leading him on with her hair twirling, eye contact and conversation, he intersperses his scary diatribe with the disclaimer “…unless you do still want to go out with me”.

Say Very Little
This is why I tell my dating coaching clients to say very little about why you no longer want to see a guy, especially if you’ve only had one to three dates. Keep things very simple by blaming your choice of not wanting to see him again on chemistry. I recommend saying something as simple as, “I enjoyed meeting you, but feel the chemistry isn’t quite there. Wishing you luck with your search.” That’s it!

I Learned this the Hard Way
The first man I dated (out of 30) to find  my husband (of 11 years), was a great guy to jump back in the dating pool with even though he wasn’t the right man for me. Jack was too old, not ready for the kind of relationship I wanted, geographically undesirable, to name a few things. However, he offered me some great dating practice which I was in dire need of.

No question, Jack seemed like a decent man, just not the right one for me. In fairness, it took me some time to figure this out, which is exactly the purpose of dating. Initially, I was willing to accept many of the things that turned out to not be good for me.

When I decided I didn’t want to see Jack any more, I foolishly wrote him a letter. It was kind (in my mind) saying what I did like about him. Naturally it also included what I didn’t like. I explained that I wanted a man who would spend more time with me. This seemed relatively harmless to me – its not saying anything bad about Jack – really just stated the obvious. He didn’t want to spend much time with me and I wanted someone who did. It’s not like I told him he wasn’t smart enough or cute enough right?

Men Feel Rejection Too
Ahhh, but rejection lands hard regardless of the reason. Never write it down!

Jack called leaving an extremely nasty message on my answering machine after reading my letter. I was shocked at how angry he was. I thought I had done such a nice job of letting him down gently. After all, I didn’t even say it was his fault. Seems that doesn’t matter. Rejection is painful no matter the reason. And if you went out with a man who likes to argue – you’ll have a fight on your hands.

No, You Don’t Want to Know
My female clients often complain that they wish they knew why a man never called again or didn’t ask for a second, third or fourth date. Truth is, you do not want to know. Chances are it’s something you cannot change, nor would you want to. Often the guy decided you weren’t the right one, which doesn’t mean you aren’t attractive or a great woman.

Rejection is part of dating and part of life. Since you never know if the seemingly normal guy you went out with is nuts or nice, don’t give him anything to fuel the fire. Say nothing like Lauren or as little as possible. Mike got mad and stalked her, but that was his own doing. Can you imagine his reaction had she actually told him why she didn’t want to see him again?

Frankly, I’m a little worried for her now that this has gone public.