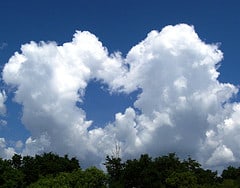 How do you know if a guy you knew in high school could be a decent dating prospect today when you reconnect via Facebook?

Last week, Alice,  a divorced woman  in her 40’s, wrote to me asking for dating coaching advice about a guy on Facebook. She’s been reconnecting with school buddies and found one guy she had a big crush on in high school. Tom responded to her friend request and emails very positively – he seemed genuinely happy to hear from her!  She was asking me for advice on her next step because she had been too aggressive in the past and didn’t want to mess this one up.

Understanding True Meaning – The Difference Between Nice and Real Interest

In fact, at the end of one recent email, Tom suggested that Alice let him know if she’s ever in town again.  Alice really got her hopes up high on that invitation. She emailed back telling him she was, in fact, gong to be in town. He asked why? Alice didn’t answer that question, but went on to suggest talking on the phone to make  plans. Tom didn’t bite. He emailed that she should just call him when she gets to town.

The Rules of Dating Apply to Meeting Men on Facebook

Not sure what to think about his response, Alice asked me what her next step should be. In a kind manner as I handle all my over 40 dating coaching clients, I suggested to Alice that perhaps she had been overly enthusiastic and too aggressive again. Most men don’t want to be pursued  by a woman.  Men prefer to be in charge of picking who they want to date and setting things up as well. Alice, in her excitement about Tom’s emails, jumped the gun and stepped over the line. The result? Tom pulled away. Same thing happens in real life – the rules don’t change in cyberspace.

There’s a huge gap between happily emailing with a FB buddy and taking it to the next level – real life. Tom had no issue with emailing and learning about Alice’s life in the virtual world. His comment about “Let me know when you’re in town.” was a harmless throw away, a lot like “I’ll call you.”  It’s a  nice thing to say, but not necessarily a true statement. How many times have you heard a guy (or even a woman friend) say  that?

If  Tom was really interested in Alice, he would have talked about getting together vs. throwing out this time-warn phrase.

The Next Step for Alice – Keep Looking

Some mid life women forget or are unaware that dating over 40 is very similar to the way things worked in high school. Alice’s next step is to keep looking for new men to meet – either through Facebook or the real world.  Move on to discover who is next! Tom has already shown he’s not interested in real world contact, so there’s nothing left here. If she wants to email and keep a virtual friendship going – that’s a choice. But if she’s going to hold out hope that things will turn around, that will put off her chances of finding love.

At the very least, Alice learned about Tom’s lack of true interest quickly which is the  silver lining to this cloud. Now she is free to move on and continue looking for Mr. Right.

People do reconnect and meet via Facebook – you just need to keep your expectations in check and live in the real world.  Emailing is easy. The phone is next. But virtual guys only become prospects when you can meet them face to face in the real world. The qualities someone looks for in an email buddy are not the same things you need in a flesh and blood life partner.