Mind games men play can be so confusing. Why does a man say he’s into you, but won’t make time to see you? Find out how I answer the question for this reader. 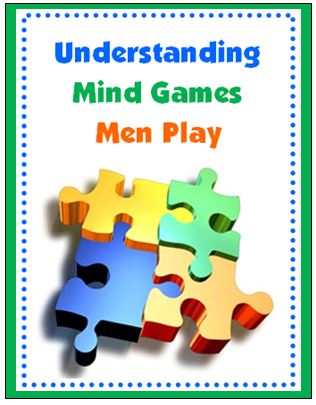 I met the guy I’m currently seeing five years ago. We casually dated back then and started seeing each other about a month ago. We have gone on two dates and talk on the phone every night before bed, ranging from 5  min to 1+ hours. Due to our busy work schedules we can’t see each other during the week.

However, I’m starting to become frustrated with the limited time we spend together face to face. Over the past month we haven’t hung out on the weekends due to family parties, holiday stuff, or work. Last weekend I  expressed concern about us never seeing each other. I told him I’m falling for him due to our great conversations. I know he is interested in me – he liked me for the past five years, blah blah blah…

My issue is if you like someone, then you would do anything to spend time with them and make them a part of your life. I know I would do this. It’s still SO early in the relationship, but I know what I want and am not interested in playing silly games. I rather be upfront with what I’m looking for and if the guy is willing to try, we go from there. This prevents me from wasting my time and theirs.

I know what they say about the word “busy” – its bull! But I want to know your thoughts if you think we are wasting our time because we aren’t fully investing the additional time to see each other, or if everything we have encountered thus far is normal because of how early it is in the relationship?

I’m not sure if this all makes sense. but I love your blog and wanted to get your advice on this and mind games men play.

There are really two parts to your question that I want to respond to.

The first is about making time to see each other. I agree with you – if he wants a loving relationship, then he would do what it takes to make time to see you. So yes, “busy is bull” as you put it. Your relationship cannot grow or go beyond being virtual without more time together. This is sort of an epidemic as I see it – women who get caught up with men who don’t make time to see them. (I’m sure there are some women doing this to men as well so it’s not a gender thing).

You are busy and you know that you would do what it takes, so you can use this as your test of reasonableness. How men think in this case is that he’s not serious about you. If he was, he’d want to see you more than twice a month.

Some people just aren’t ready to be close which is why this pattern of a couple of dates and a lot of texting or talking on the phone is the new hybrid relationship. But as internationally-known relationship expert and bestselling author Michael Fiore said, “You aren’t dating if you don’t go on dates.” Well said Michael.

The second piece is about warding off time-wasting men by being direct. I hate to tell you this but this strategy WILL NOT WORK. This is one place where the direct approach does not deliver the results you seek. There is only one way at the start of dating to find out if a man is truly into you – go on dates with him.

Think about it. Why would he answer? Imagine him saying, “No, I’m not serious about getting to know you. I just want to mess with your head.” I’m not even sure this is how men think. My bet is men who do this are attracted at some level, they simply aren’t capable of more.

So, if your goal is not to waste time on men who don’t want what you want, the best thing to do is move on if they don’t go on dates with you. That’s the surest way of avoiding silly games. Being direct and simply asking a game-playing man will NEVER suddenly turn him into a direct and honest guy.

This isn’t mind games men play – its just how some of them behave. It’s a perfect example of how men think differently than women.

Now hopefully you have a better understanding of men and can walk away in strength knowing he’s not the right one for you and ready to seek a better man.