On Bravo’s Millionaire Matchmaker, the muscle-bound Cruz brothers ask Patti Stanger to fix them up with dates. Dave does well, but Abe crashes and burns.

In this episode, we meet two brothers who have a successful line of Christian, faith-based clothing. The boys are muscle-bound body builders, good looking and personable.

The older one, Abe, has been in jail for the past three years which is where the idea came to him for this clothing line. He’s paid his debt for doing something stupid – selling cocaine to give a woman he was in love with the money she demanded. (Hello – anything more deeply wrong here than illegal cocaine distribution?)

Abe chose Tiffany and before a nice dinner, he took her to the gym for a big work out. Excuse me, is this fun? That would be a gigantic NO! Just a way for him to pump  up his ego and muscles.

Next Abe and Tiffany go to dinner and he blurts out how he’d like to go back to her place for a night cap of hot tubbing. But what he’s really saying is, “I’ve been in jail too long without a woman.”

Tiffany, eyes-wide opened, declined in a very matter of fact way. No big deal, she just brushed it off the table, so to speak.  Wahoo Tiffany – Good for you!

Now in all fairness to Abe, if he’s watched Millionaire Matchmaker episodes, all the way back there’s been hot tub activity on several first dates. There were the millionaires that chose each other instead of the dates Patti and her team selected. Heidi (was it?) who went out with the Canadian resort owner.  No chastisement from Patti there.

And this season there was a guy who stripped in the hot tub for all of us to see before dinner, stating how he couldn’t wait to get his hands on her. Certainly a bold obliteration of Patti’s famous club commandment- “No Sex before Monogamy! “They went for it after returning for dinner.

But off the TV, getting into a hot tub on a first date is unlikely and asking is a bit tacky even for Abe. I would advise my love and dating coaching clients not to fall for this obvious prelude to a tryst.

His brother Dave fared much better.  After being cheated on by his wife within six months of marrying, Dave’s confidence was shaky. Patti worked to build him up, giving him some great pointers. 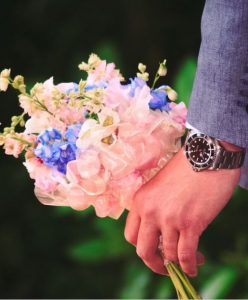 Dave also took Ayla to work out for the first half of their date, making me wonder what else these brother feel they must do together… However, Dave has a romantic side and brought Ayla a nice bouquet of flowers, handing them off just before dinner.

He used his conversation skills to make talking easy for the two of them and they hit if off. Looks like they will be seeing each other again. You get points for this one Patti!

Of course, since these episodes aired, I’ve heard a lot about the Millionaire Matchmaker show. Turns out most of these set ups are not real. Let’s call them augmented to make the story more “interesting and watchable”.

They sometimes use actors and often producers tell daters what to do or say to create the often outrageous antics the show is famous for. It’s true. I’ve spoken to two people who were on the show.

Boo hoo, I know but don’t kid yourself. There’s very little reality on Reality TV. However, that doesn’t make it any less fun to watch!