Do you wonder, “Is he interested in me?” about a man you see at a cafe or somewhere else you frequent? He flirts with you but doesn’t take it any further. I’ll explain why in this post. 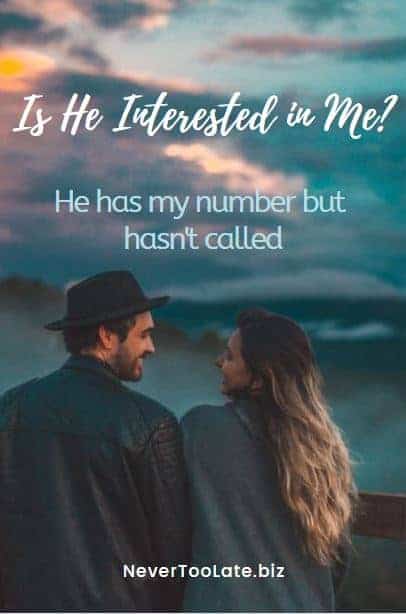 Is He Interested in Me? How to Know for Sure

I go to this cafe and one barista is really attractive. I noticed him and he noticed me, but nothing ever happened. He would bring orders to other people and stay near our table and smile at me. Over 3 months I went 3 more times with a girlfriend. He always said nice things, smiled, and made eye contact with me and I said hi back and flirted too.

I decided to do something I’ve never done and gave him a paper with my first name and phone number, then left. I’m moving so that gave me the guts to try it. He never called. It’s been 4 days already. Did I misread him? He didn’t do this with other customers. I thought I would feel better knowing his level of interest now I just feel worse.

Why would a guy give that kind of attention if he is not even interested? If you give a guy your number what does he think? At least I can appreciate now how guys feel waiting for a call. The worst part is it ruined my fantasy about the guy who used to flirt with me. I don’t think I would give someone my number again. What do you think happened? 🙁

Karla in the UK”

Attraction and Interest Are NOT the Same 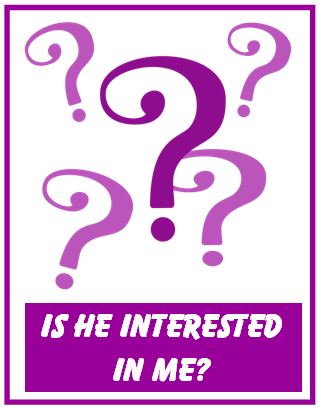 Many women mistake a man’s attraction as genuine interest, but these two things are NOT the same. Attraction means he likes to see you, likes to talk to you, likes to flirt too. These are all fun for him and for you as well.

You can certainly enjoy these interactions and you should. However, do not assume it means anything. Women often start to extrapolate or create meaning to what is happening.

Flirting is a playful, creative and fun way to interact with the opposite sex. When you flirt, you make it easy for men to approach you and get to know you.

But here’s the catch, if a man is interested, he will ask for your number. That still doesn’t guarantee he’ll call and ask you out. Even if a man calls, he still might not take that final step to get a date with you.

There are so many reasons!

Now, you gave him your number, taking that next step FOR him. I don’t recommend this, but it’s not horrible. You took a chance and it didn’t work out. So what?

Don’t be hard on yourself. The risk was small, so no harm done. Now you have insight into what it’s like for men to approach women and get shot down. A little compassion can go a long way.

When you see a man who flirts with you regularly, it’s only natural to start wondering, “Does he like me?” This is exciting to think about and women spend a lot of time pondering about this. Here’s the truest, yet simplest four-part test to figure out if he’s interested:

Is He Serious about Me? 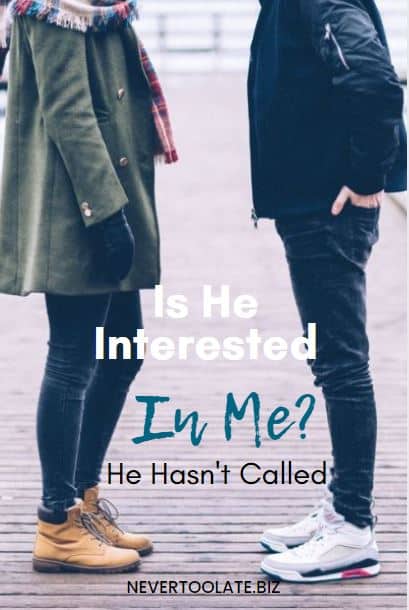 The four questions above don’t quite cover everything to determine whether or not a man is serious about you. That takes time to discover. If a man continues to call, text and set up dates for more than three months, you have moved into the early stages of a relationship.

One thing is for sure, if a man doesn’t get your number, doesn’t ask you out but keeps flirting, he is attracted, but not seriously interested.

Men know exactly how to take things to the next level. So, if a man is not asking you out, he has a REASON for that. Trust his lack of action as a sign he IS NOT INTERESTED IN MORE – WITH YOU or maybe any woman.

Another possibility is that your flirty friend already has a woman, but still enjoys flirting. No harm done as long as he’s not trying to make his girlfriend or wife jealous and doesn’t take steps to cross any lines.

Last but not least, if you are flirting, texting or talking to a man over time and he doesn’t do what is necessary to make it clear he’s interested, that is a clear message right there – he’s NOT interested.

A man who is into you will not want to leave you wondering. He’ll do what he can to win you over and make sure you are all his.

In other words, if you are confused about what he is up to and “if he is interested in me,” that right there tells you he’s NOT.

Let it be that simple because 99.99% of the time it really is. Stop reading into his flirtatious behavior and just take it as light-hearted fun. Then go out and meet some new guys.

17 thoughts on “Is He Interested in Me? I Gave Him My Number But He Didn’t Call”