Inconsistent men send mixed signals that can drive you crazy. You wonder, “Why does he ignore me if he likes me?” Maybe he calls, texts or even asks you out sporadically. Find out what it all means. 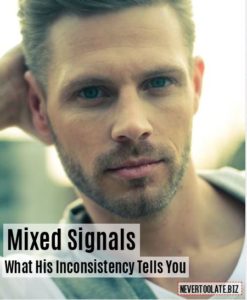 I’ve been talking to this cute guy for three months. We have gone out a few times and it’s been a blast. But he keeps giving me different signals, so I feel confused about us.

Why does he ignore me if he likes me? Most of the time I contact him first, usually by text. He does respond, but doesn’t really initiate. What do you think I should do?  What’s your professional opinion on this guy?  Thanks, Texting Gal

Is He Into Me or Not?

I realize this is confusing male behavior since he is so inconsistent. You don’t know if he’s into you or not because he’s so on and off again. Any woman would find his mixed signals confusing.

The tendency for most women is to look at his actions that show he DOES like you and rely on them rather than look at the big picture of his overall behavior. Unfortunately, that’s not the best strategy and can easily lead you astray.

That’s why initially, you should let the man lead, just like in ballroom dancing. In other words, don’t initiate anything for the first several (5-8) dates – let him do all the work.

Using this strategy is the ONLY way you can know how interested a man really is. When he makes the effort to get to know you, stay in touch and see you without your prompting, that’s the true test of his interest.

Inconsistent men tend to be flaky and won’t put in this kind of effort.

Why Does He Ignore Me If He Likes Me?

Why would a man who seems interested choose to ignore you, not respond or delay response? It sure isn’t a sign of true love! Don’t struggle trying to figure out his mixed signals. That’s a big waste of your time.

Instead, I recommend letting him run the show and watch what he does. When you sit back to observe his behavior and notice what he does to be with you, that will make it a lot more obvious what he’s up to. If he’s not consistently pursuing you, he’s not that into you.

What should you do in a case like this?

Do nothing! Don’t text, email, call him, or ask him out. Your job at the start of dating is to respond to his efforts, but that is it. When you hold back on reaching out, inconsistent men show their true colors.

His Silence Sends a Message! 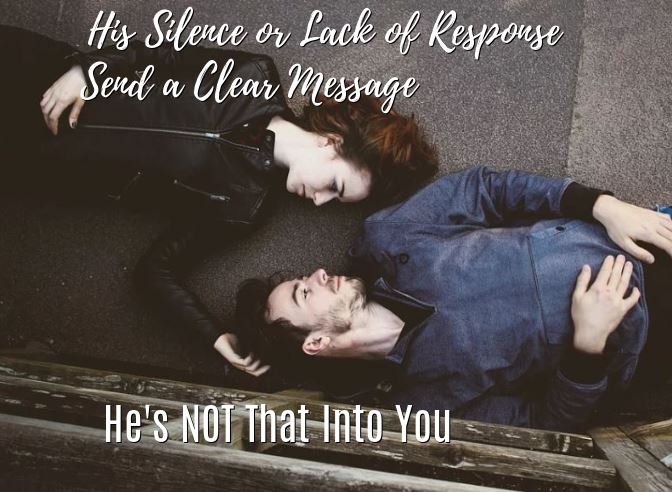 If you’re still wondering why does he ignore me if he likes me, keep in mind: His silence is a form of communication. He’s telling you through his lack of action that he’s not that into you. He absolutely does not care about you the way you do for him. This is NOT a relationship of balanced attraction or interest.

Signs He Cares But Is Scared

Many of my clients are so busy looking for the signs he cares but is scared, they miss the point entirely. He may act like he cares some of the time.

But if he doesn’t initiate and you always text first or suggest getting together, he’s not into you or the right man for you. These are more examples of confusing male behavior.

He doesn’t care ENOUGH to pursue you consistently, so he’s NOT serious. You know this because his efforts of inconsistent men to see you are sorely lacking.

So, even if he says the sweetest things, sends texts with heart emojis, or tells you he thinks he’s falling for you, it’s all smoke and mirrors if he doesn’t take you on a date at least once a week.

Gain a Better Understanding of Men 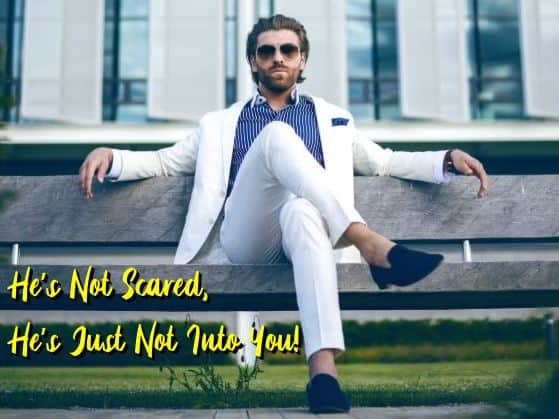 These are not signs of being scared, but of insincerity. Maybe he wants attention or to build his ego. He might not be capable of a relationship or he’s cheating on his current woman.

At the start of dating, following the man’s lead will help you gather important information about him. How often does he text or email? And more importantly, how often does he schedule a date? Inconsistent men just don’t have lasting potential as a mate, regardless of what they say or the attraction you feel. 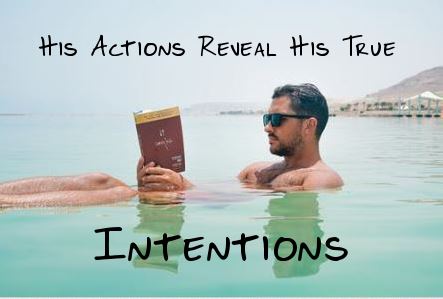 That’s why I recommend you hold back from contacting a man. Give him a chance to show you and demonstrate  what his true intentions are. Follow this advice so you NEVER WASTE YOUR TIME again.

Observing a man’s actions is much better than relying on his sweet words to find out how he really feels. This is how you outfox inconsistent men and their confusing male behavior.

However, in your situation, you’ve already been interacting and dating for a few months. You can’t really start over which makes things more difficult for you.

I’m going to take a risk and be really honest and direct with you since you did ask for my professional opinion.

Inconsistent Men & What You Need to Know

A man’s on again off again efforts to see you and build a strong relationship can be a symptom of several undesirable aspects of his long-term potential. Inconsistent men send mixed signals because they might be:

He’s Not Serious about You 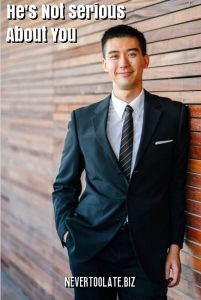 In this case I’m sorry to say he’s not serious about you. And when a man isn’t seriously interested, you have no leverage or power to change things. So, please listen to my advice and don’t keep trying.

Make it a point to go out and flirt with new guys to find a man who will consistently call, text and date you. You deserve so much more from a romantic partner.

Don’t put up with this nonsense thinking it’s going to change. If you find yourself wondering “Is he into me?” that’s a sure sign HE’S NOT.

This isn’t a matter of holding out and being patient long enough for him to suddenly get serious and become consistent. Either he is or he isn’t.

No matter how much you like a guy or how good you feel when you are with him, that has nothing to do with his own dating agenda. So many women get caught up in how a man feels vs. what his actions are to win you over. This is where your heart gets broken.

The best thing you can do if you are serious about finding lasting love, is let go of inconsistent men as soon as you see this pattern emerge.

How to Recognize a Relationship Ready Man

On the other hand, there are ways to recognize a man who is relationship ready. It’s time to move on to find a man that wants the same lasting love that you do. Here’s what to watch for to see he might be ready:

If you meet enough men, you’ll find a good one and the right one for you!