Home » Blog » Understanding Men » Friends With Benefits: Why Doesn’t He Make Time for Me?

Interested in Friends With Benefits? Make sure you really understand what that means by reading this post. 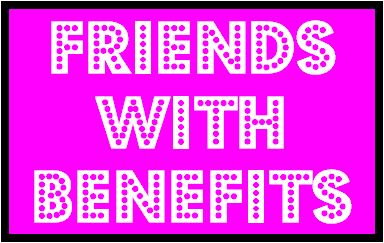 I met a guy about 3 weeks ago and we were texting mostly initiated by him. I saw him a couple times during the week. He texted me every day from work asking me to come see him. We’ve talked about what we wanted .He said he wanted friendship, companionship, love and sex and I agreed because I’m not ready for a full relationship now as I have been single for quite awhile by choice.

We slept together the 3rd week and after we cuddled for a hour and stayed all night. Next morning he hugged me real tight and kissed me. Now he does not text me unless I text him, then he texts right back. But he hasn’t planned a date. I asked him to call me and he did and said he wanted to see where this could go and he‘s not just in it for just sex.

He also said he not going anywhere and misses me and wants more of me, but he works a lot. I told him before we slept together I’m not looking for a one-night stand if he was that guy I would pass. He said that he needs more than one night and he’s a man that loves unconditionally and forever.

He’s a bit younger than me and works a job that he’s not proud of. I have a very expensive home and car and he mentioned that he doesn’t intend on doing manual labor the rest of his life. Is he intimidated by what I have and me being older? I admit I made a mistake and was too clingy. I pressured him by asking him on text when can him come over for round 2 and he said he want to come asap when he can.

What do you guys think? I like this guy but I really don’t want a full on relationship now at this point in my life but I get that maybe he did not like me appearing to use him as a toy. What should I do and what do you think? If he is not interested why would he text me right back anytime I text him instead of just not answering and moving on?

Were the nice things he said just a game to get in my pants? After we slept together, I told him (and I know it was stupid of me) I would like to continue this and if he can come over when I want to hook up it would be great. He said, ”Yeah I can do that no problem.” So why say he can come when I need him and then not want to do it?

When should I move on from this if he does not contact me? Do you think I was asking too much to just have a Friends With Benefits relations and maybe a text once a week or so to let me know you still interested?

Please give me some dating advice,

There’s a lot going on here but I can tell you probably won’t see this guy again. The tip off for me is how he’s younger and not proud of his work, and you have a nice home and car. Most men like to think of themselves as providers or bread winners, but he can’t compete with you. So, it’s not really about being intimidated, but that you are out of his league. Your achievements make him feel bad about where he’s at.

You seem confused about what Friends With Benefits (FWB) really means. The whole point of Friends With Benefits is there are no strings. So you can’t be FWB and expect the girlfriend privileges of him checking in with you and letting you know he’s is still interested. The point of FWB is free, easy and casual. You want a guy will come over whenever you’re in the mood? That’s just not likely unless you find a stud service.

You say you don’t want to be in a relationship, yet you are all upset this guy not making time to see you. Sounds to me like you DO want a relationship.

Let me help you with understanding men.When they talk to you , call you , text you , but don’t make time to see you, something is wrong. He is sending you a message that for whatever reason, he’s not ready to date or you are not the woman for him. A man who has finding love a priority will  make time to see you. Cased closed. Don’t buy this busy excuse.  It’s nonsense.

Here’s another bit about understanding men. You told the guy you aren’t a one night stand just before sleeping with him. Of course he said he wants more too, so he could get into your pants! Almost all women say this before they sleep with Mr. One Night. Yes, most women want more, but a man will say anything to get you into bed at this point. He’s not going to be direct or totally honest – that won’t help him with his agenda.

Now, there’s nothing wrong with sleeping with a guy right away, just don’t expect to hear from him. He may contact you again and that would be great. But don’t count on it. Some men don’t care if you sleep with them right away, but others do and there’s no way to know which kind of guy a man is ahead of time. It’s always a risk.

After sleeping with him, you said you want to call him any time you’re in the mood. OMG! Men still like the chase. A guy wants the idea of dating you or even sleeping with you to be his idea. You not only told him you are available for sex, but that you want to call on him when you feel like it. That’s a huge turnoff!

As a woman, your power is feminine charm. To be warm, mysterious, inviting and not too available. You get to say yes or no to a man’s requests which makes you the gatekeeper. But you won’t win by being aggressive. You don’t want to chase men because that does not work. It’s just not attractive.

You might not want to hear this but dating is a game. So it’s time you learned how to play. It’s not about manipulation, but it sure isn’t about being direct. I’m only talking about the first 4-6 dates. Once you are in the first phase of relationship, things get a little easier. But a relationship between a man and a woman requires finesse to keep things going smoothly.

I’m not sure why you don’t want a full relationship. I’m not sure you’ll find a man willing to be at your beck and call. As a dating coach for women for 12 years, I advise you to let the guy lead and then you’ll have a better idea of what is possible. You can say yes or no, but you are best served by letting him pursue regardless of the type of relationship you prefer.