Wondering, “Do long distant relationships work?  Women around the world struggle with this as they try to keep love alive. Here’s what you need to know if you are thinking about getting involved or already are. 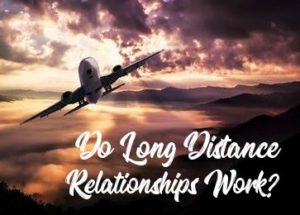 I met my boyfriend while he was traveling to Asia in August, 2016. We spent 3 days together and I slept with him before he went back to the US. We texted daily for hours over the months before I visited him last December for four weeks. After having such a good time we decided to be in a relationship. He kept saying he didn’t want a serious relationship because of the distance, but he gave in.

I visited him again from July to September this year and our relationship got even better. He told me he loves me, treated me well and always considered my feelings. Since my return home, we started arguing about cultural differences and he thinks I don’t give him space. For example he doesn’t want to text me daily.

Do We Have a Future?

I would like to get married as I’m 33, he is 32 and I’m wondering – do long distance relationships work? Can this turn into something long-term? He said he isn’t financially stable now and won’t be for 3 – 4 years (and isn’t even sure about that). Although he sees me in his future, he’s not sure he wants to get married.

I’m so hurt. Is there a future for us? Shall I wait or leave? Do long distance relationships work? I asked if he wants to break up – he said no.

We are traveling to Europe in few months and he mentioned it costs a lot of money to maintain this relationship. He got a new job and since he won’t have vacation for a while, I’ll have to wait to visit him next summer.  I don’t want to invest so much if I won’t be with him forever.

You’re asking, do long distance relationships work? I have to say not very often.

This guy has been fairly honest with you from what you’ve told me. I listed below the clues he’s given you about your future together.

Let me be totally straight with you. Even though he says he loves you (which is always great to hear), he clearly doesn’t want to keep this going. He’s not stringing you along because he’s honest about his feelings. I’m so sorry to tell you if marriage is your goal, he’s NOT the guy.

Love Is Not Enough

It’s not that he doesn’t love you, I”m sure he does since he said so. But love is NOT enough. He’s not READY for marriage. In fact, he wants more time to himself and doesn’t want daily communication. That’s not a good sign.

These six things he’s been saying to you are meant to push you away. I know you asked him if he wanted to break up, but a man will rarely say yes. Most guys don’t want to hurt your feelings and instead, do things hoping you will break up with them. It feels better to most men. 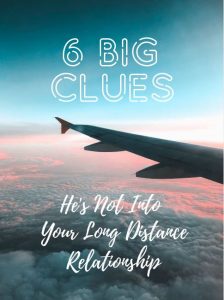 The truth about long distance relationships is that they rarely work out or to lead to marriage. There is a high degree of fantasy and excitement that’s hard to keep up with. Sometimes it lasts for years if both people are happy with part-time love or one hangs on hoping someday they’ll be together.

Unfortunately, you are the one hanging on and want more from the relationship than he does. In fact, I bet he never dreamed it would last this long and is feeling pressure now. The smartest choice is to end it now before you invest in a European vacation and more time with him.

So, in answer to your question, “Do long distance relationships work?”, sadly 99% of the time the answer is no.

If you want to get married and have children, you can’t wait around for your American guy. It was fun, but now it’s time to get serious. Look for love locally because it’s so much easier to meet, date and marry when you don’t have distance and cultural differences to get in the way.

If you are ready to get serious about finding love with the right man, get my free book 7 Dire Dating Mistakes that Keep You Single