In this episode of the Breathe Love & Magic podcast, I’m speaking with Terry Hernon about EFT Tapping and the remarkable transformations that are possible. 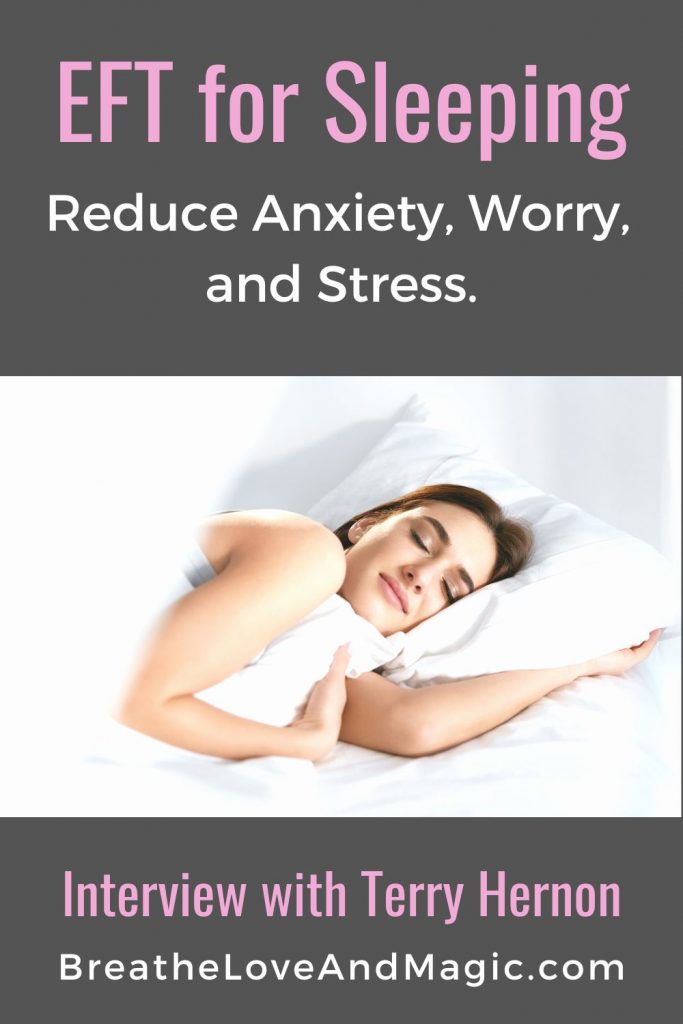 After her mom passed away, Terry could not get a good night’s sleep. Actually this problem started while she was helping to care for mother. Her sister urged her to get a prescription since sleep was so evasive and taking a toll on her health.

But Terry didn’t want to go this route. She read the stories of raiding the refrigerator while sleep walking on Ambien. This wasn’t the right solution for her.

Luckily, she met an EFT practitioner while networking, who helped her find a solution – the Emotional Freedom Technique (EFT). In just one session, she felt a miraculous shift in her energy. She went home, took care of her kids, cooked dinner, watched some TV and then…slept soundly through the night.

That’s how Terry was sold on EFT Tapping! She learned more about it over the years, using it for all sorts of problems and challenges including anxiety, stress, or just ridding herself of false beliefs.

In 2014, she decided to get more serious about her tapping practice and signed up for the trainings. Ever since, Terry has been offering EFT Tapping sessions to clients and having great results.

I suggested the results of EFT are like magic but Terry wasn’t sure about that since there have been scientific studies proving the effectiveness of EFT. But I assured her that the magic I was talking about was the kind that has now been scientifically proven – like remote viewing as discussed in Dean Radin’s book Real Magic.

A triathlete came to Terry, having a problem with swimming in open water. When you do this sport, you have to run, bike, and swim so this woman couldn’t compete if she couldn’t be in the water. That WAS a real problem!

In the course of the tapping session, her client had an important memory surface that shifted everything for her. Not long after, Terry received a note that explained how the woman completed the full course, even the swimming and she felt so grateful.

Research about How EFT Works

Terry mentioned a woman named Peta Stapleton, a clinical psychologist from Australia, who has conducted a lot of studies on how tapping works. She explains about it in this TEDx talk. Terry isn’t too worried about the science though because she knows this method is super effective.

Tapping on the meridians does help get the energy moving in your body and the words you speak tap into the subconscious mind.

EFT and the Intention Experiment 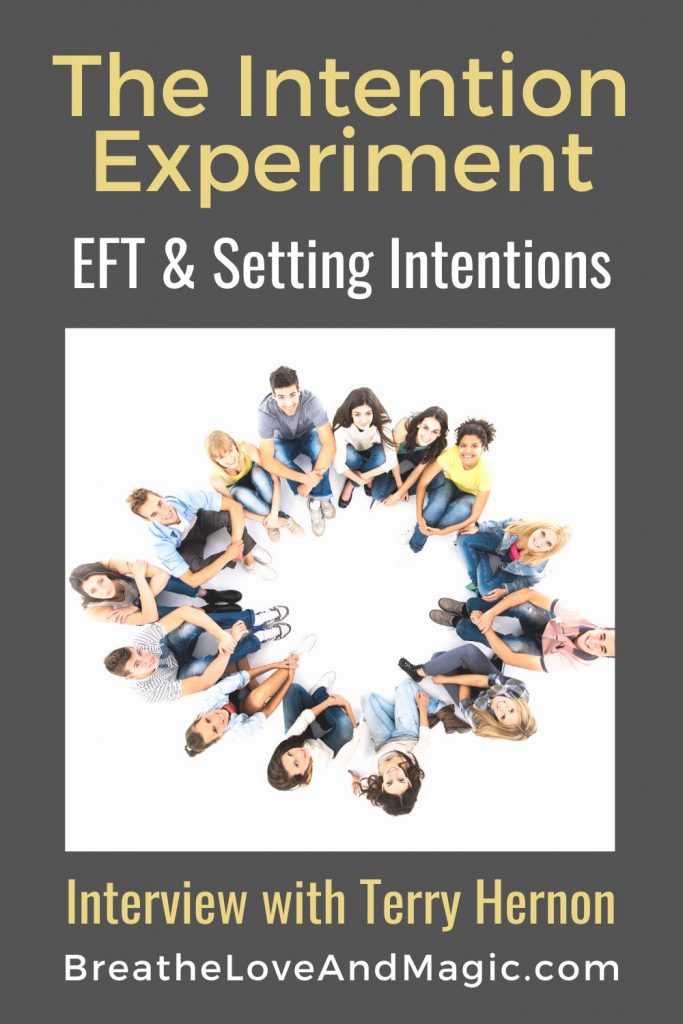 Lynn McTaggart wrote the Power of Intention and the Power of Eight. She did extensive scientific studies where she gathered people from around the world to focus on one creating a shift to see if they could make an impact.

For example, a group focused on lower crime in a particular neighborhood. The study took scientific measures and over time, it was discovered that in fact, this group effort actually made a difference and lowered the crime rate!

Terry also talked about an experiment she participated in about the war between Russia and Ukraine. They worked on themselves and minimizing the distress from thinking about the war and seeing it on TV.

The team also did an experiment sending positive energy to Vladimir Putin and while it didn’t make a difference, one things that stands out is several people saw that he had been bullied as a child.

The next day, she saw this exact detail in the news which was quite a surprise! The group had managed to accurately tune in to Russia’s leader and trauma from his childhood.

Use Tapping to Clear Negative Beliefs

Terry says, (and I agree!) when it comes to love, so many people hold deep negative beliefs that unfortunately hold them back with finding love.

Thoughts like, “There are no good men”, “I’m too old”, or “All men cheat”. Then, the media bombards us with messages of not being good enough.

With EFT, you can tap on these thoughts and eliminate them which is so wonderful. Mindset is so important for achieving anything. Tapping helps to eliminate these negative and limiting beliefs, so you can move forward to your dream.

Get her Free book, Easy Peasy Guide to Tapping for help with how his works. The reason why these statements aren’t actually true start to become clear during the course of the tapping. 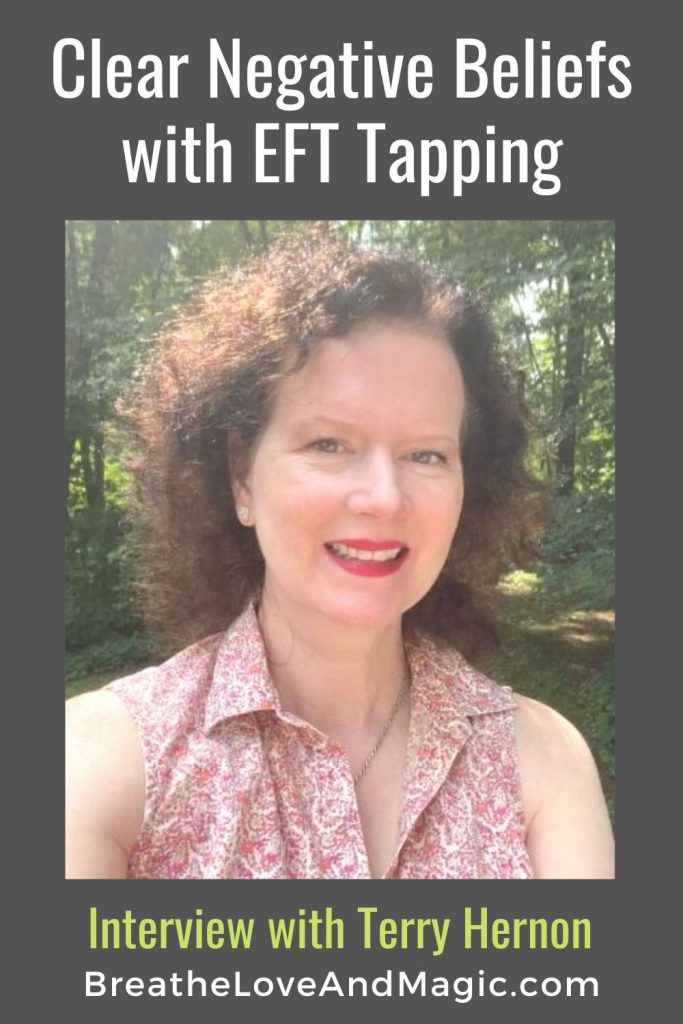 This is what helps to dissolve the falsehoods running your life. Notice the bunk your brain comes up with and tap on that. The negativity and beliefs you hear keep you from seeing possibilities or going for what you want.

Believing that love is your destiny is a must if you truly want to find the partner of your dreams. Otherwise, you will self-sabotage and live these false beliefs are your truth, even though it’s not. Also, this is what causes your affirmations to not work!

Your mindset determines everything. Do whatever you can to protect your mind, turn off all the noise and respect the power of your mind. Your mind will take you wherever you want to go so work with it! 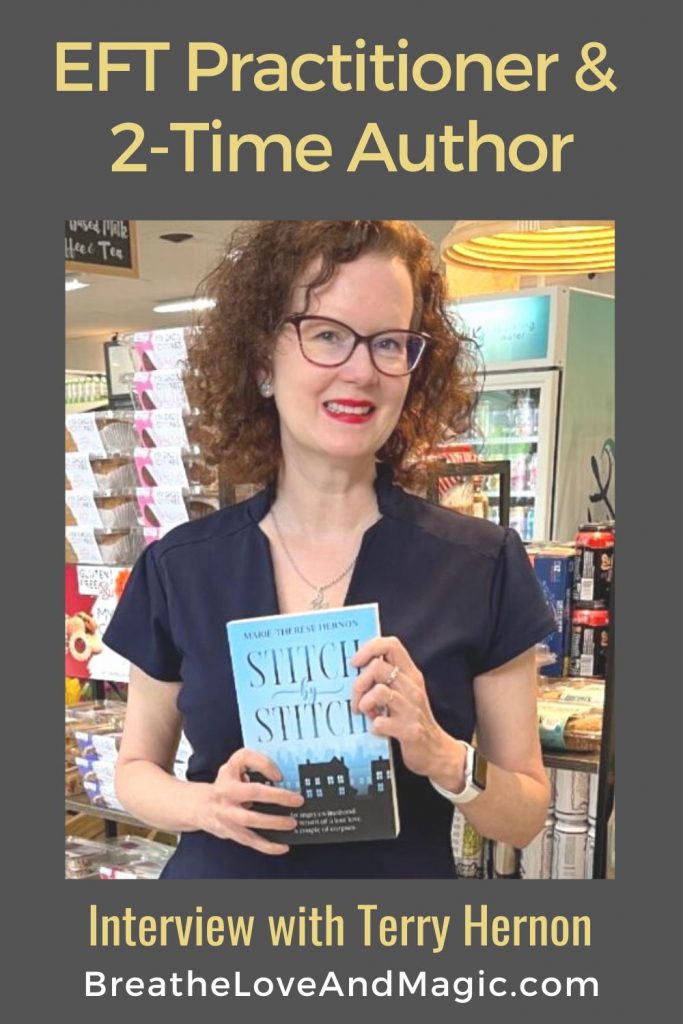 Terry Hernon is a Level 3 EFT/Tapping practitioner who helps her clients achieve their objectives through compassion and kindness. Her credo is, “When we feel better, we can do better.” She is a two-time author, most recently of a cozy mystery entitled, Stitch by Stitch, available on Amazon and at most retailers.

Enjoy the benefits of EFT right away with her free guide, The Easy Peasy Guide to Tapping, available at terryhernon.com.