Home » Blog » Understanding Men » Dating Over 40: Why Can’t We Be Friends First? 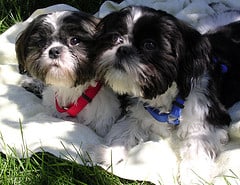 Today, I met with one of the first men I ever coached. It was great to see him, catch up and of course talk about dating. After 8 years, he looked exactly the same which is pretty darn good for late 50’s.

Barry was in  a five year relationship that ended this past fall. He’s feeling like it’s time to get back out there and start dating again. He meets quite a few women in his line of work, but Barry is not what you’d call a smooth operator. He is a very nice guy, smart, creative, lives a holistic lifestyle and enjoys the arts.

Recently, he met a woman, Barb, who he was attracted to at an event with friends and they chatted for a while. But, Barry hesitated. He didn’t ask for her number. Instead, he invited her to the next event – what I’d call a low risk, “soft” invitation. A friendly approach.

Barb showed up at the event and hung around until everyone else left. Barry asked if she’d like to get a cup of coffee and Barb said yes. According to Barry, they had a fun conversation and  emailed frequently over the next two weeks. Finally, Barry asked her for another coffee. Unfortunately, Barb no longer seemed eager to get together, giving him the brush-off.

Barry told me he surprised and felt rejected. As The Over 40  Dating Coach, here’s what I explained to him:

1. His unwillingness to be direct and ask Barb out at the event shows his ambivalence about dating. Waiting two weeks to ask for just another coffee was another example. Maybe he’s not quite ready.
2. Barry doesn’t want to play the game again and is risk averse. We all know that’s not going to work. No way around the dating game.
3. He asked, “Why can’t we be friends first and see what happens?” This may work on rare a occasion, but not as a planned dating strategy! Once a man is “friend material”, it’s hard to get back into the romance spot.

Barry is not ready to date. So he has created a series of obstacles hoping to safeguard his heart. His ambivalence on taking a risk and going after a woman who he’s attracted to, have resulted in more than one woman having a change of heart. He sees this as their own indecisiveness, but I see it as a reflection of his lack of readiness and commitment to the process.

Dating is about risk taking. You cannot date if you are not capable of risk or vulnerability.

I gave Barry the key to success for him once  he’s ready. In the holistic and artsy community, he could be like gold. A hot commodity in a world where the few men are either skilled players or nice guys women see only as friends.

Barry needs to step up to the plate and use his leadership abilities which he most definitely uses in other areas of his life.

Women want a man who knows what he wants and takes the initiative. If he doesn’t start using more masculine energy, he’d surely find dominant women who want to be in charge. He’s been there, done that and doesn’t want to go there again. The only solution is to become a “hunter” as Patti Stanger, the Millionaire Matchmaker would say.

As I was leaving Starbucks, I knew Barry had a lot to think about. He is completely capable of making the right moves. He a very loyal, decent looking man, well kept, interesting, talented and smart. He prefers being in a relationship than the single life. Personally, I’m rooting for him. When he’s ready, he will step up to the plate, take the initiative, pursue women and find the right one for him.