This reader doesn’t want to hurt a man’s feelings, but what she did instead made it worse. Here’s my dating advice for  women about rejection.

I Want to Be Nice, But I Don’t Want to Date Him. 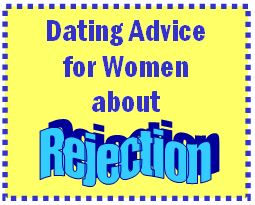 I followed your advice at  a single’s dance and was friendly to men. It worked! I did meet men and danced several times throughout the evening. I talked to one guy for about an hour. While it was fun talking to him, I didn’t really want to date him. But when he asked me for my number, I didn’t know what to say so I gave it to him. Now what do I do when he calls since I don’t want to go out with him?

Thanks for your advice,
Dancing the Night Away in Denver”
Dear Dancing,

It’s great that you went to the dance and practiced being friendly. Sounds like you had a good time and also got some great practice in too. That’s excellent.  Now let’s refine your application of this dating advice to keep you out of situations like this one.

First, being friendly is essential to help you meet more men. But don’t spend an hour talking to the same guy, especially if you are not interested in him. You are sending the wrong singles because he probably thought you were interested in him.

I don’t recommend hanging around him that long at a dance even if you are interested in a man. The very best dating strategy which  I myself learned at dances is to walk way and leave a man wanting more. if he’s interested, he’ll make the effort to find you.

How do you escape from a conversation with grace? Simply say, “It’s been fun talking with you. maybe we can do it again later.” Or if you are not interested, just leave it at the first part, “It’s been fun talking to you.” Then simply smile and walk away. That’s it. No excuses are needed. No song and dance. Just say that simple line and leave.

Now, he’s got your number and you are worried because you don’t want to go out with him. Your desire to be nice and not reject him in person now escalates because in a way you lead him on by talking to him for so long. In effect, you made this situation worse by trying to be nice. What can you do?

2. Don’t pick up the phone if you see his number on caller ID. Let him leave a message and don’t respond. Of course that might seem mean to you and in truth, it’s not so nice, but women do this all the time. Men get the message without you having to be direct. You won’t be the first woman to do this to him.

3. Tell him you didn’t feel the chemistry.  Never explain anything more than this when you reject a man. I learned this the hard way. Some men will pick a fight to prove they are not like whatever you said they were doing wrong. Some women think they are going to help a man by telling him the truth. Trust me, he DOES NOT WANT THIS KIND OF HELP.

Seriously, you wouldn’t either. If a man said you talked too much or didn’t seem bright enough or the sound of your voice became annoying, would you want to hear that? Of course not and he doesn’t want to hear it either. Even if you really could help him DON’T DO IT.

The best thing you can do next time is avoid lingering. After 10-15 minutes, say it was fun talking to you and move on. When this happened to me with a really sexy guy, at first I lingered. He was so cute I couldn’t move. Then I realized he didn’t seem into me any more.

I thought to myself, “What are you doing? For goodness sakes, walk away.” I picked myself up, smiled and told him, “Talk to you later.” Then I turned and walked away. Twenty minutes later as I was returning to the dance floor from the ladies room, he came up to me to talk again. Bingo – great strategy! Make yourself scarce. If he doesn’t come back to find you, he wasn’t into you anyway.

Don’t kid yourself about being nice.

Rejection is part of dating. The men you talk to are adults. They can handle a little rejection. Don’t make it worse by lingering and then giving a man your number when you don’t want to date him. This is counter-productive. Better to continue mingling then allow yourself to get stuck in one spot all night and have to explain yourself.

Dating is a sorting process. You are looking at your options to find the best match and so are the men. It is expected you won’t like some of your prospects and they won’t like you.  If you don’t make a big deal out of it, it won’t become a big deal. And that is my dating advice for women about how to handle rejecting a man.