Do you want to ask a man out, but aren’t sure if you should? 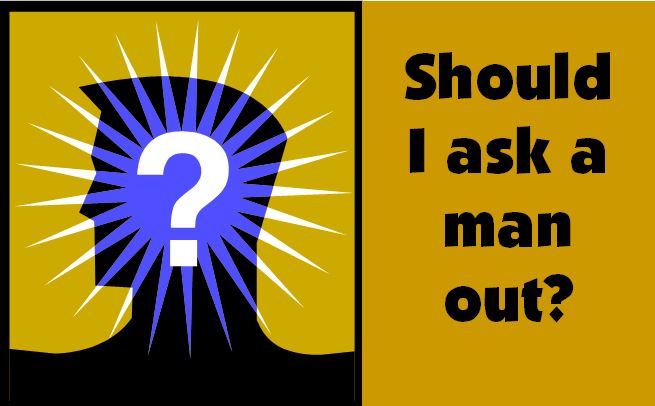 There’s this man you know who flirts with you often. Maybe every time you see him. You can tell he likes you. So how come he doesn’t ask you out? This makes you wonder if you should take the bull by the horns and simply ask him out. There is equality between the genders today so why not right?

Disclaimer: While the idea of asking a man out seems harmless, I don’t recommend it to my dating coaching clients. My clients are women mostly over 40.  If you are under 30, I’m going to admit that things might be different. Society is changing slowly. But this particular dating advice about asking men out is meant for women of a different generation who are 40+.

My dating advice is don’t ask him out

Are you surprised? I have several very good reasons for this advice:

I have seen each one of these scenarios played out with my dating coaching clients.

I know women who have asked out the men who flirted relentlessly with them. They discovered that while the guy liked flirting, it didn’t translate into more and were embarrassed when turned down. Men who like to flirt do it because it feels good, and it’s …fun! Flirting with you made him feel attractive and energized as it did for you as well most likely.

But his flirting doesn’t directly indicate his romantic, long-term interest. And the same is true for being attracted to you. Attraction is not a sign of romantic potential, just sexual chemistry. Men want to flirt and sleep with yo,u but not necessarily want to date you or enter into a loving relationship. You can understand that right?

Lastly, I have worked with enough men as a dating coach to know that men can be very flattered and excited by your advances. When you ask him out, you are going to pique his curiosity. He may also think his chances of “getting lucky” with you are excellent.

Study at Rutgers University
In fact, there was a study done by Rutgers University that surveyed college aged boys. They were asked how they felt about a girl asking them out. Most boys stated they liked it because it made things easier for them. But in the end, the boys also admitted that they rather do the asking. Remember, these are boys who were 18-22 in 2005 who grew up with all the equality between the sexes that we enjoy today.

Check this out! For the boys who went out with girls who did the asking, they ended up getting “lucky” less than guys who did the asking. The reason? Boys who were asked out thought they didn’t have to do anything – the girl obviously already liked them. So they assumed sleeping together would be easy and did nothing to “woo” the girls. This approached backfired big time.

These are the reasons why I don’t think it’s worthwhile asking men out. If these men had any intention of winning you over, they know exactly what steps to take. It starts with a simple first date.

He likes it when a woman will ask him out

Okay, so what about the Renaissance guys who like it when a woman asks them out? Here’s what I’ve discovered about these guys. There are two types.

Type #1 – This guy is not a leader. He’s happy to follow a strong woman who has well developed masculine energy. He prefers to let a woman lead so he doesn’t have to think, be decisive or take many risks. Most successful women don’t appreciate this kind of guy because they want a man who is there equal – usually a decisive business leader. However, these men are good people and can make loving, loyal mates.

Type #2 – This guy is curious and flattered. If he decides he likes you, he will take over the pursuit. I’ve met these guys at my live presentations. They stand up and announce to the world how much they enjoy a woman asking them out. Each time I meet such a man, I ask them directly how they got a second date. Everyone of them has answered the exact same way, “If  I like her, I ask her out again”. Even though these men didn’t ask the woman out the first time, they take the credit and take over pursuit by asking for the second date.

Here’s a great story that illustrates an exception to the rule because of circumstances. (Every rule has them.) I encountered Warren and Betsy Talbot through an interview we did for MarriedwithLuggage.com their podcast series. I loved talking to them about dating coaching and dating after 40. They are a very fun couple who are living an unbelievable dream of traveling together. They sold everything and pick different places to visit and stay for a while.

After the interview, they talked about  a different point of view on women asking men out. Once I heard that I wanted to get to the bottom of their ideas, so I scheduled an interview with them! Here’s what I learned.

Turns out Betsy asked Warren out for the first date, something I would warn any woman against. But, things were VERY DIFFERENT for this couple and here’s why. Warren and Betsy were friends at work for over a year. Betsy talked to Warren about her dating efforts and he would share his male perspective. He was in the middle of a divorce, so dating Betsy was not an option. He wasn’t ready, but really enjoyed their friendship. Obviously he was attracted to her, but chose not to act on it.

At some point, Betsy shared her frustration with Warren about the men she was dating. Betsy wanted a real partnership with a man and wasn’t having any luck meeting the right guy for her vision of love. As she explained what she was looking for to Warren, he interjected with “What about me?” (Not his exact words). So, Betsy took a chance by asking him out – and she invited him to dinner at her house.

Remember, they had been friends for over a year. And basically, he was telling her he was ready to sign on for the position of partner. So, not exactly the same as asking a man out who you don’t know.  She already knew a lot about him as they shared a friendship that was intimate enough where she discussed her love life with him.

The timing was good for these two because at that point, Warren’s divorce was final and he was ready to date. Or ready for a relationship with a woman he already admired. He did say he might not have asked her out – it really took her to make this happen. But since he asked to be considered as a partnership candidate, I think this was his way of “tossing his hat into the ring” so to speak.

If you are thinking you might be the exception to the rule, I hate to burst your love bubble, but I doubt that very much. However, if you absolutely must ask him out, then please do it only once. As I described above, if the guy thinks dating you is a good idea, he will ask for a second date.

My last bit of dating advice is not to chase men. Truth is they just don’t like it. Women who ask men out and pay for the first few dates are always the first ones who complain they meet men who won’t take charge and aren’t generous. Keep in mind, you set the tone with your very own actions. Hang back and let the man lead for the first four dates – it just works better that way for now.

2 thoughts on “Should I Ask Him Out?”