If you are a woman dating over 40, do you think you are brave enough for the truth about understanding men? For some single gals, this is not easy stuff to handle. Let me explain. 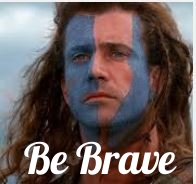 Are You Hoping He’ll Ask You Out Someday?

As a dating coach for 13 years, I have noticed a lot of women hold onto the idea of a man even if there is really nothing there. This is so common it makes me sad. Sad for the gals who waste time hoping a man will become the man of their dreams. But most likely, if you’re busy hoping, there’s not a chance in hell.

There are a lot of guys today who start email, text or phone relationships. They may tell you they are marriage-minded, want a relationship or serious about finding love. But, for whatever reason, they don’t ask you out. Or may be you have one great date and then they build the virtual connection.

This just happened to a new client Candi. There’s a guy she met via online dating who has emailed her every three or four days for three months. But, she has never met him! Still Candi thought she should keep up the communication in case he might ask her out some day. Her girlfriends supported with this decision.

Do You See What You Want to See?

Candi saw a guy who’s profile was great. His photos were good. His emails were fun and chatty. As they got to know each other, it seemed like they had plenty in common. This guy had many of the qualities she is seeking in a partner.

Of course, there is one major flaw, he hasn’t asked her out yet after three months!

Thankfully, Candi was brave enough to ask me what I thought. And she was brave enough to hear the truth and recognize it as the truth. I explained that this is an age old Man Trap called “stringing you along” where men stay in touch, but aren’t open to actually DATING YOU. Who knows why?

Dating requires face-to-face meetings so you get to know a person. This can NEVER happen any other way. Which is why I told her she was wasting her time.

When the Clouds Clear, You’ll See the Truth

After discussing this, Candi lifted her head and said, “Oh I get it now. Nothing is ever going to happen with this man.” This is what I mean by being brave. This was Candi’s dating wake up call. She managed to get past seeing what she wanted to see and began understanding men. The clouds cleared and she saw her email buddy for what he was – a time waster.

So, I’m asking you right now, are you brave enough to see the truth about understanding men? Can you handle your hopes being dashed so you can acknowledge when a man is stringing you along and wasting your time?

These Men Are Not Bad

Please don’t misunderstand. I’m not saying men are bad.  Men who string you along have a different agenda. They are just trying to get their own needs met. Unfortunately, you don’t have the same needs or dating agenda. You want true love. I’m not sure what they want. Female attention? Adoration? Connection with no pressure? It doesn’t matter. The only thing that matters is for you to see the truth and move on.

Be brave. Be smart about your dating choices. Guard your heart and precious time. Catch on to time-wasters more quickly. Go meet new men who want to find love and a long-term relationship.  That’s the best way for understanding men so you can find the love you want.

2 thoughts on “Are You Brave Enough for Understanding Men?”