Are we more than friends? Your guy friend reveals he has feelings for you, talks about the future, then ghosted. What does this mean?

He Revealed His Feelings for Me 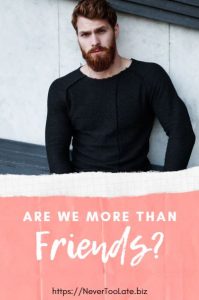 I need advice on Ghosting. My guy best friend and I recently revealed we have feelings for one another. It’s always been obvious but over the past year it’s become extreme. We’ve known one another for years and people have joked saying we may as well be in a relationship.

Six months ago he visited (he lives 50 miles away), and told me he had to be honest. He said he has an off and on girlfriend and the relationship isn’t always good. I listened and gave advice. Via texts we talked more about it as he struggled the next few months.

One night he sent me a text saying how he doesn’t know if he can be with her because he has always loved me and cares for me. He even mentioned moving in with me if he could find work around here.

I told him we would have to talk about this more in person and so I offered to meet him half way. He told me he would let me know because of his work schedule.

Our texting ramped up, and became quite R rated. I hadn’t seen this side of him. I obviously knew it existed but wow.  But, since I hadn’t seen him I did wonder, “Are we more than friends?”

Most recently I took some time off and told him he should come visit me if he wanted to see me. He had been texting me during a baseball game. That’s when he ghosted me! He hasn’t texted me since.

I’m utterly confused by this. Are his emotions getting in the way? Does he not want to be friends anymore because he is drawn to me?

I texted him one more time a few days later to ask him what was up to and got nothing. Any advice?? I’m hurt by this because he’s such a big part of my life. 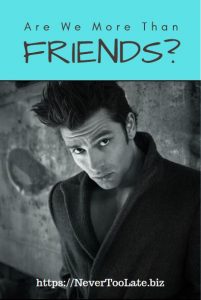 Can Friendship Turn to Romance?

I can totally see why you are confused by this guy and want to know, “Are we more than friends?”!

This kind of thing seems like it’s becoming an epidemic with so many women writing to me lately about guy friends who say they want more. Then nothing comes of it! So, you are not alone with this problem.

Can friendship turn to romance? Sure, once in a while a romance blossoms. More often, one person has stronger feelings than the other.

I’ve found women often hang on to their guy friends, hoping the guy will come around and fall in love.

He Has a Girlfriend

One of the most common tricks a cheating man makes is to admit he has a girlfriend. Then he discounts the relationship and her, saying he’s not happy. Often there’s a reason he can’t leave her too.

However, in your case, he leaped ahead to talking about moving in, even though you two haven’t dated or been in a romantic relationship. A BIG FAT RED FLAG!

This is a classic seduction technique men use to help a woman feel secure. “I have feelings for you – maybe we should live together.” It makes the man sound like he’s serious about you. Then he can move on to sex and often the women, feeling more secure will go for it. And, the sexting between you two began.

The natural thing if his desire to move in with you was REAL, would be to get together and discuss it just like you asked him to do. And he’d BREAK UP with his girlfriend and start seeing you.

But he didn’t make time to see you, never mind end his relationship. He just moved on to meet his own needs sexually by (sadly) taking advantage of your friendship and feelings. Makes me doubt he has much of a conscience Totally dastardly.

The Real Reason He Ghosted

I’m sorry to say he ruined a long-term friendship to get his yaya’s out. That’s shockingly selfish, short-term thinking and that is WHY HE GHOSTED.

If he does have any conscience at all, he’s embarrassed and knows when you figure this out, you’ll see who he really IS. Anything but a nice guy and certainly not the man you thought he was for YEARS. It’s a shock to the system I’m sure.

When a person’s true nature is revealed like this it rocks your world.

I’m so sorry this has happened to you and my heart goes out to you during this difficult time. I’m sure you’ve stopped wondering are we more than friends, because now how can you even BE friends? Trust is gone.

So now, move on to focus on your healing and take time to grieve the loss of what you thought was a solid and close friendship. 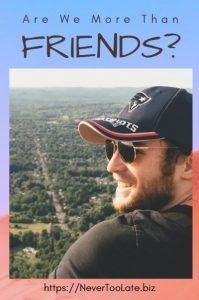 But here’s the thing – if you were holding a candle for this guy, thinking some day he might become your boyfriend, now’s the time to take yourself off the shelf. Clearly you want love in your life and you can make that happen.

When you feel ready, get out there to mingle and meet men. Date a bunch of guys to find a good one and don’t close out your options too quickly. Play the field for a while – that’s the best way to find a compatible match.

There are plenty of good men out there who do want a relationship. You can find a new guy who will be your lover and best friend.

What to Do About Him

If you aren’t sure of the best way to handle him,  my advice is to do and say nothing. In fact, I would block him in case he decides at some point to try the sexting again. Talking about this with him will get you nowhere. Now you know he’s a selfish man, a liar and a coward disappearing like that.

I have found that life can throw you some pretty intense curve balls and this is one of them for sure. But you will get over this and HIM. And it’s so much better that you KNOW he has no true romantic or friendship potential for you.

This leaves you free and open to make new friends and find love with a quality man who sees the remarkable woman you are. A man who wants to spend time with you and make you happy.  The kind of guy who will cherish you and expand your world with the joy of a fulfilling, lasting love.

That is your DESTINY girlfriend and after this, you’ll be stronger and smarter for it.

For more about how to find a quality guy, check out my Free audio program

7 thoughts on “Are We More Than Friends? He Says He Has Feelings But Ghosted!”