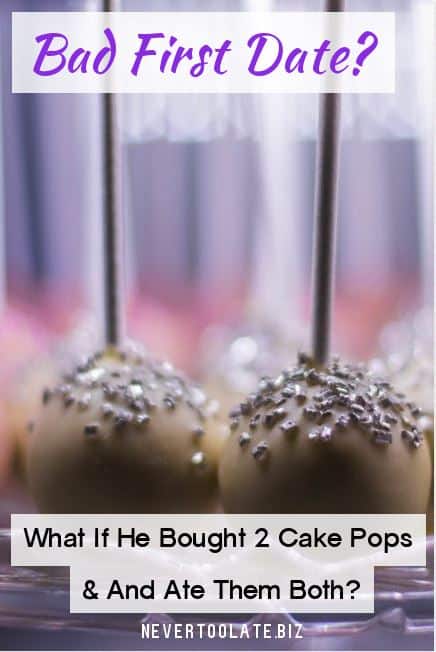 When was the last time you had a bad first date? Recently, best selling romance novelist, Alisha Rai, went on a first date with a guy. Here’s what happened and what has turned into the Great Cake Pop Debate.

Alisha went on a first date – must have been to Starbucks. (Where else do they sell cake pops or are they everywhere?) The guy asked what she wanted to drink and returned with her drink, his drink and two cake pops.

She thought it was sweet he bought the cake pops which had hearts on them (it was after Valentine’s Day). However, as the date progressed, he shocked her totally by eating both in front of her. He didn’t even offer her one!

Being a romantic (she must be to write steamy romance novels), Alisha was so puzzled and hurt by this, she tweeted her feelings of confusion about the cake pop incident, concluding that the guy must be a monster. Her words, “He’s a monster, right?”

Massive Agreement for Her Sentiments

She tweeted again the next day, still thinking about this bad first date and wondering how he could have not offered her one of those now famous cake pops.

While Alisha has tremendous support for her feelings, I’m entirely in that camp.

My Take on the Monster

Here’s my take on this whole situation. Was this guy clueless, thoughtless and rude? Yes!

But is he a monster? No. He didn’t threaten, insult, harm her or try to take advantage of her either. Those things are monstrous.

Now, maybe his mother didn’t teach him to share or about basic, common courtesy and good manners. He might be selfish and only thinking of his own cake pop satisfaction, but he’s NOT a monster.

I can see Alisha was terribly disappointed, but as a Love Coach, it’s the EXTENT of her unhappiness that concerns me. I’ve had worse dates haven’t you? 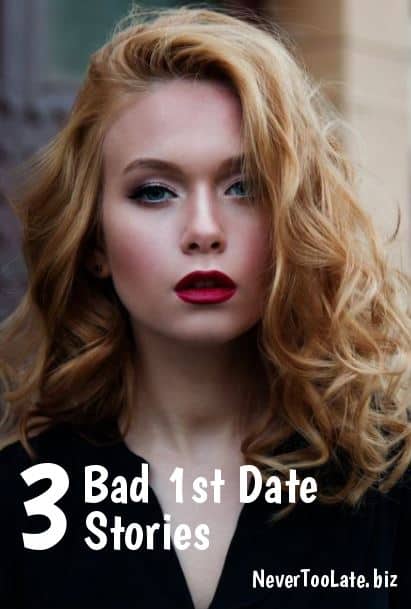 How about the guy who asked me if I wanted to see him again at the end of the first date. I didn’t really want to, so I gave a lukewarm, “Sure.” (That was before I learned how to just say no with grace.)

To which he went ape sh*t about how that’s what all women say to him and I don’t need to do him any favors. Blah, blah, blah. OK, a little too angry with a big fat chip on his shoulder right? Look within buddy.

Then there was the attorney who told me point blank that he was seeing a woman who wasn’t “doing it” for him anymore. He was talking to me to see if I might be a good replacement.

Once he found the right woman to fill his current girlfriend’s shoes, he’d cut her loose. He asked me what I thought. Really? Um, no thanks.

Or the man who took me to the cheesiest restaurant ever and in the middle of lunch posed this outrageous question. Could I come by Saturday morning to go for a walk and then we could take a shower and have sex.

After laughing out loud, I said, “No, I don’t think so!” Then, he told me to pay for my own lunch. I was more than happy to put down my 5 bucks.

[Here’s another bad first date you may want to read about.]

We’ve All Had a Bad First Date

If you’ve ever been single, you’ve had a bad date. But, do you announce it to the world or the entire twittersphere? And, do you tweet about it more than once?

Do you let everyone know how much you were hurt by a guy who didn’t share his cake pops?

The reason you don’t want to share this kind of thing in a big, public way is the amount of negative energy you will generate.

Alisha is putting out negative vibes into the cosmos in an extremely public way. That will not help her attract the kind of man who would in fact, share his cake pops.

I do have compassion for her. She was disappointed, felt incredibly slighted that he didn’t share and was stunned to think anyone could have such bad manners.

I’m sure this was disconcerting for her. But as a Love Coach I know the importance of PERSPECTIVE. How important was this event to her life overall and her journey to find love?

Getting into a High Vibe Mindset 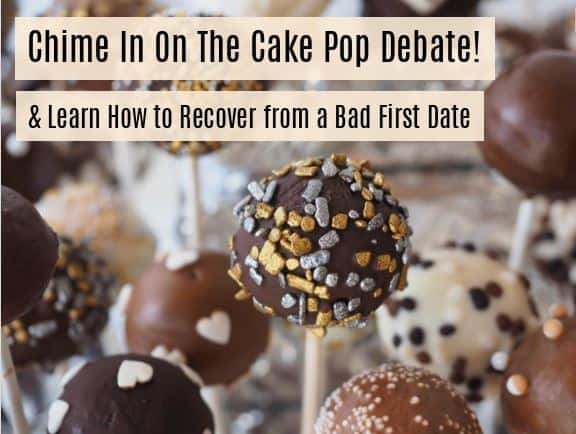 If Alisha can get this derailed by a guy rudely eating cake pops without offering her one, she might need some coaching about her Love Vibes and Mindset.

This is something to LAUGH about. Is it outrageous? Sure! That’s why you should make fun of it! Tell your girlfriends and laugh it off.

Now to top it off, these tweets have gone viral and the entire story has been written about in the Huffington Post. Sadly, she’s getting threats from the public. (Really? That is too weird).

Now poor Alisha has a lot more to deal with then having some guy not share one of his cake pops.

The Power of Love Vibes

Your Love Mindset determines who you attract and the kind of dating results you’ll have. If you are unhappy with the kind of men you meet and attract, maybe it’s time to look within.

All single women looking for love will meet some lack-luster, substandard men. That goes without saying. But if you feel like you NEVER meet a decent man, maybe it’s worth looking into that.

Don’t be like Alisha, tied up in knots over some guy who wasn’t right for her. Pumping out negativity. She’s focused on all that is wrong with men and dating.

Instead, put your energy into the happy possibilities that could be on the way!

Get into the Zone 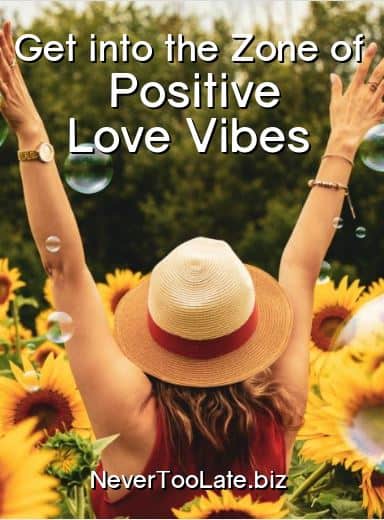 Let’s get you into the zone of positive love vibes, to attract the kind of man you want and feel the joy of connecting with the love you’ve been hoping for.

When you’re in the zone, you have confidence, know you are a great catch and feel worthy of love. You meet plenty of good men and find their caliber is better than in the past. And you connect with the great guy you’ve been dreaming of!

Want more about how to raise your love vibes? Listen to this Free audio 8 Ways to Raise Your Love Vibe.