Home » Blog » dating confidence » Find Love: I Need to Know – Why Doesn’t He Want Me? 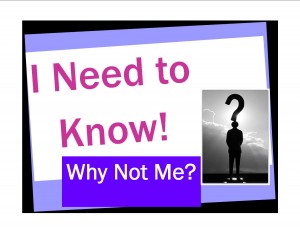 Single and need to know why he didn’t ask you out again?

This is such a common dating problem single women face every day. This letter from a reader really expresses the pain women go through trying to figure out what happened. Let me share a simpler solution.

I need to know what happened. I met a guy at a local event, we immediately hit it off and went out four times. On the third date we had our first kiss – very romantic, and after the fourth date, I haven’t been asked again.

All of our dates were spaced out- maybe once a week or 10 days. He never texted me frequently. It’s been a week since our last date, and I haven’t been asked again. We’ve run into each other a couple times and talked, but he never suggested hanging out.

I invited him to an event, but he said he had other plans. I want him to not beat around the bush. If we’re not going to hang out I want to have a conversation. I want him to tell me how he felt. I want an answer. I hate leaving things unanswered and it leaves me kicking myself in the butt. A little confused because he said at the end of the last date, “see you again soon?”.

I’ve been struggling to not run through my mind what I did wrong or how I messed up my words when I was nervous a couple times. I wish I could just know why? Why not me? What can I do better? And it’s always worse thinking what if the reason was related to something that you did or didn’t say or do because in that moment you weren’t “yourself”.

I keep telling myself, let it go, let him go, don’t contact him, and if he doesn’t contact you he’s not meant to be in your life. I don’t want to be pushy or come across needy, clingy, or desperate. I hope I haven’t already. I need your advice please.

Need to Know in Newington

I am sorry for your pain. I know how hard this is. But let me help you see why you already have much of the answer you yearn for. He didn’t beat around the bush – he made it clear he doesn’t want to see you by not asking you out again. Case closed. It really is that simple.

Men often can’t bring themselves to tell you they plan not to see you again and many times they aren’t sure when they see you last. In addition, most men hate to hurt a woman’s feelings and want to avoid an emotional scene. That’s why they say things like, “I’ll call you” to leave a positive spin. Truth is, they think this is being kind.

I Need to Know

About that need to know and the need for closure. My dating advice is also simple. This need will cause you more pain than almost anything. This may be hard to face, but you will NEVER KNOW. That’s just the way it is and there is nothing you can do about it. One of those life mysteries that will never get cleared up. Learn to accept this and save yourself months of angst.

What Did I Do Wrong?
Regarding your concern that you did something wrong, let me calm your fears. If you did say or do the wrong thing, and he got turned off that fast, he was not the right man for you. You want a man who can roll with you in good times and not so good.

Now if you told me you had a melt down and were screaming at other drivers, or were cursing at the waitstaff, then I would suggest you work on yourself. However, if normal conversation and not seeing eye to eye on politics causes a man to dump you, consider yourself lucky. You are lucky because he showed his true colors early and not six months down the road.

The Purpose of Dating Is to Get to Know You
He saw something that he knew didn’t work for him. But, and this is huge, IT DOESN’T MEAN YOU DID ANYTHING WRONG. It just wasn’t right FOR HIM. maybe it’s time to build up your dating confidence and self-esteem. Women often think they did something wrong, but instead his walking away demonstrates he wasn’t right for you. Yes, it is that simple.

My dating coaching clients tell me all the time they NEED TO KNOW or they want CLOSURE. But the truth is, and you have to trust me on this, YOU DO NOT WANT TO KNOW. Here’s why this is totally true. Do you really want to know…

NO! You do not want to know any of these things. Knowing this is not helpful because you can’t do anything about it. He discovered you weren’t a good match and he stopped calling. Case closed. Yes, it’s disappointing. But, rejection is a part of dating.

Keep in mind, you only had a handful of dates and he wasn’t not pursuing you hotly, seeing you several times a week and constantly in touch. He was slow and casual. And I’m afraid you have taken it all too seriously.

The best thing I can tell you is to try not to get prematurely attached to men you have a handful of dates with. The beginning of dating is fun, but tenuous. That’s what makes it so exciting – because you don’t know what will happen or if he’ll call again.

This guy didn’t work out, but there are others to discover. Get over this guy and your need to know. It’s holding you back. Let go and move on. Have confidence that you are wonderful just the way you are and the right man will see that and want you.