If you’ve been heartbroken, sometimes there is nothing you could have done differently that would change the outcome. 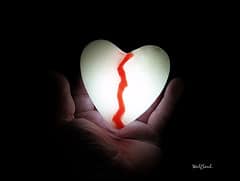 Occasionally, women do make dating mistakes that push a guy away. Discover my advice on handling this disastrous dating situation.

“Dear Ronnie The Dating Coach for Women Over 40,

I’ve had a crush on his guy for 4 months and few weeks ago he finally ask me out. He wined and dined me. Even went early to go pick up the movie tickets. The next day he texted me saying he forget to give me something and asked to drop by to give it to me. It was a pink rose. We ended up go get take out and came back for movie marathon at my place. He stayed the night.

I can for sure tell he was heading towards relationship with me. He was even willing to take one day off to go to New York with me for my photo shoot. We text and talk during the week. The downhill came when I was going out of town the following weekend.  I asked him if he’d like to see me before I leave. Initially we planned lunch but it didn’t work out. That night he was suppose to watch a game with his cousin, but instead he invited me to watch it with him instead. And I ended up stay over night again. We were up all night and by the time we looked at the clock, he had to go to work.

I asked, “Where is this going?” He said,“I can’t think right now. I didn’t sleep all night and now I have to go to work.” Later  he called me to say he is not looking for relationship because of his family problems and financial issue.

Saturday, he texted me, then  called when I didn’t respond, but I missed his call. Then Sunday morning I did the most out of character thing I ever did. I called him up at 8 am and said told him he seemed was different. I asked why none of my Prince Charmings are looking for a relationship.

Then Monday came around and I felt bad so I called him. He took time to clear things up with me. I apologized, explaining that I feel like I get played a lot. He said he had no intention of playing me, he just enjoyed my company, but he is not emotionally stable. We haven’t talked since.

So now my question is should I move on? Will he come back around ? Was that talk a goodbye? I really like this guy a lot. I like him the first movement I saw him and now I feel heartbroken. Please help me. I am feeling powerless which I haven’t had that feeling for long time. Usually I bounce back right away.

I know this might be hard to hear, but several things went wrong here that lead to feeling heartbroken:

Based on these seven mistakes and the final outcome, I can guarantee he is not the right man for you. He may seem like a great guy with desirable qualities, but he doesn’t want a relationship. There’s no way to bridge that gap. More heartbreak will follow if you continue to go after him. The hard truth is, even if you had not made these mistakes, he would still be the wrong guy because he’s not looking for a relationship.

In a way, you are lucky you made these dating mistakes with this guy since there was little risk of ruining a good thing. Learn from this situation so you don’t repeat these devastating errors.

Keep this in mind – the biggest mistake you made was getting so attached before you knew he was a keeper. That’s the true cause of the heartbreak you feel.

Absolutely move on to find a man who is relationship ready and not full of excuses.