Are you familiar with the signs a man is in love with you? Women often feel very confused by this so I want to bring clarity about what to look for. 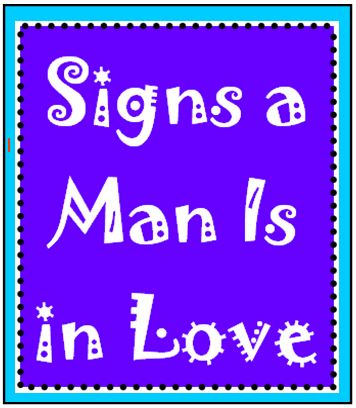 How to Spot the Signs a Man Is in Love

My client Margaret, at 49 has been on dating sites for a few years and this summer started using dating apps as well. In the past, she met men who often told her how busy they were with work and so they didn’t have much time to spend with her. Margaret put up with this kind of behavior before she started to work with me.

She found it so disappointing after a good date to not hear from a guy for a while. These gaps left her feeling unsettled and confused. With one man, they really clicked and both had a great time together, laughing and sharing stories. But then the time between dates was difficult to handle. My dating coaching client would spend too much time thinking about what he was doing and why he didn’t reach out to her while on a business trip.

What she discovered about the busy men was that many simply wanted a more casual relationship. I explained how when a man tells you he’s super busy at work, that’s Man Speak for keeping her at arm’s length. Mr. Busy doesn’t want too many expectations placed on him to keep himself flexible in case something (or someone) better comes up.

In contrast, Margaret is now seeing a man who is super busy at work. He travels every week as a consultant, returning home on the weekend. Their fifth date was the weekend with Valentine’s Day and he secured her presence by asking two weeks in advance.

Here’s the kicker. Brad’s boss wanted him to work all weekend, but he said no because he had plans for a weekend trip with Margaret. He made seeing her his priority, even though his job is demanding. They had a wonderful time and she is on cloud nine, smiling from ear to ear.

When we talked about the situation, Margaret expressed surprise that even though he had a lot of work pressure on him, Brad totally came through for her. He has been attentive, texting and even calling while away. She was so happy when she realized that a man who is really interested, doesn’t make excuses. He finds a way to spend time with her. That is a sign a man is in love, or since it’s still early in serious “like” at the very least.

When a man values you and genuinely wants you in his life, he’ll move heaven and earth to spend time with you. He’ll fly across the country, take a red eye or tell his boss he can’t work through the weekend. In less dramatic situations, he’ll say no to pestering friends to be with you or leave early to make sure he spends time with the woman he wants to get to know better.

Other Signs a Man Is in Love

Since not every situation, man or couple is the same, there are other signs a man is in love or seriously interested. For example, he’ll call to check in after something big happens in your life that you mentioned and were anticipating. That might be a job interview, a big presentation or a doctor’s appointment.

A man in love plans ahead to see you. He asks you out in advance to be sure you are available. He tries to surprise or please you with planning activities or choosing restaurants he knows you’ll love.

During her dating coaching session, Margaret marveled over finally dating a man who made her a priority and put her first. She exclaimed, “Wow, there really are men out there who know how to treat a woman right!”  As a result of this realization, she felt special. While the “relationship” is still new, Margaret feels like he is letting her know he cares and is serious about getting to know her.

If you are dating a man who is giving you the run around because he’s super busy at work, don’t put up with that. While it does happen, most often this is a man letting you know you won’t be a priority in his life. He’s telling you this right from the start so be prepared because things tend NOT to get better with time.

You deserve to be treated well. Know what to watch for in terms of the signs a man is in love. And also the signs that let you know he’s just another causal guy who has no serious plans for you.