Curious how to handle sleeping together when you are dating more than one guy? I’ve got a few suggestions that will help. 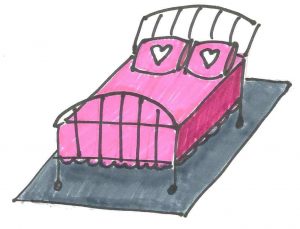 I really enjoyed the teleclass about how Patti found love. Thank you. I wish you had a chance to talk about sleeping together and how you handle it when you’re dating multiple people. When  it’s a few months in – are people having sex with multiple partners when dating more than one person? That doesn’t sound like something I’m up for. So what should I do?

Thanks for your help!”
Good Girl

Glad you could make it to the teleclass Patti Found Love and You Can Too!  This is a great question and would have been good for the Q & A portion of the call.

For the most part, I doubt a lot of single women over 40 are sleeping with multiple partners. I have three methods to help you handle this big question of what is the right time for sleeping together.

1) Holding Out. I think they are holding off before sleeping together. That way you keep the emotional attachment from happening prematurely before you know if a man has real compatibility and long-term potential. And you also avoid sleeping with several guys at the same time which might not be the best thing for you emotionally or physically.

Now I realize that it’s not easy to wait, but it sure makes things easier emotionally. When you take your time before sleeping together, you give yourself a chance to get to know a man without your hormones (oxcytocin) kicking in and clouding your judgement.

When I was dating and seeing multiple men simultaneously, it rarely lasted. Most men disappeared after one, two or three dates. I waited at least for the sixth date to sleep with a guy because that showed me a man was consistently pursuing me.  I interpreted this as him having genuine interest.

In addition, after six dates, we’d spent many hours together, so it was easier to decide if he was a good risk. I did this because I wasn’t crazy about sleeping with a guy and never hearing from him again. Holding off for date six seemed to work for me. By that point, the field had narrowed to one guy I had been dated multiple times.

Understand the point of waiting is not to play a game; it’s about guarding your heart. Most women start to bond after s.e.x which is a natural reaction. Personally I chose to wait so I could feel more comfortable. Yet, making a man wait isn’t the magic bullet to create his loyalty. Not by a long stretch. This is really about you and your emotional care.

2) No S.E.X Before Monogamy. Another way to handle sleeping together is to wait until you discuss and achieve exclusivity. That’s the dating advice Patti Stanger, Bravo TVs Millionaire Matchmaker would give you. She is know for saying, “No s.e.x before monogamy!” And Patti says that what you tell a man when he suggests intimacy. “Oh, I don’t sleep with a man until we’re exclusive.” This is a statement setting a boundary. You are not asking him to be exclusive, simply stating the facts.

3) The Feminine Approach. I have clients who have gently said, “I’m looking for a committed relationship. Other men are still approaching me online and asking me out. What do you think I should do? Should I close down my profile?” This way, you let him come to the conclusion of getting to exclusivity on his own. That is the FEMININE approach. If that doesn’t work – he might not be the right guy and just not ready for a monogamous relationship.

So, the choice is up to you. A lot depends on your emotional makeup and strength. Any of these approaches can work to help you not jump in the sack before you are ready mentally.

Now if you are dating several different men casually, and there are big gaps in time between dates, that is another story. Casual dating means you don’t plan to get attached to anyone. But if you are serious about finding lasting love, as your dating coach, I’d advise against casual dating.

More often than not, women fall in love anyway and then have to deal with the fact that they are dating a casual man who is likely not interested in monogamous love. If this is the case, avoid casual dating or dating any man who doesn’t have time to see you more than once or twice a month. That’s a sure sign he’s not serious about finding love, never mind about you.

Hope that helps clear things up for you about sleeping together!