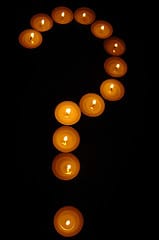 So many of the questions women ask me are about understanding men.  Most feel very perplexed about what men do and say and why. They analyze and discuss with girlfriends. They think and rethink what it could mean. Does that sound like you at all? Have you had this experience while dating after 40?

If so, you are not alone! Understanding what men do and think and why they say what they say takes up a tremendous amount of time and energy for countless single gals. But there actually is a solution to time wasting and emotionally draining problem. that’s what I’m going to share with you now in this post.

Of course you might not believe what I’m about to tell you. You might feel yourself resist this insight or mistrust it. You might argue with me and say”That’s too simple! That’s can’t be right!” But what if it is? What if the answer to over analyzing, fretting and interpreting what men do and say really is simple?  How much of a relief would that be to you?

Since I’ve been a dating coach for over 11 years now, I’ve worked with thousands of singles, both men and women. Working with the men is the most awesome experience because I get amazing insights about men that I can then share with my women clients. Here’s what I’ve learned from working with single men…

Most single men are simple to understand. Often they come out and tell you what you need to know or you can see it in t heir actions. men are more straightforward then women, even though women have legendary problems trying to understand. And truth be told, that’s where the problem originates. Yes, its the trying to understand part that gets women into so much trouble.

If you find your self “trying to understand” you are most likely interpreting what a man has said or done.  If you take away only one piece of advice from this blog post, this is the biggest and most powerful one by far:

Do not interpret what men say and do. You’re interpretation is all in your mind and usually not at all accurate. Instead, take what men say about relationships at face value without reading anything into it. And pay attention to their behavior to understand how they really feel.

Let me give you a couple of examples so you can get really clear.

You met a guy at a singles event and he’s great to text with. He sends daily texts that are so cute and thoughtful too. When you first met him, he did mention that he’s not looking for a relationship, but here he is, getting in touch daily. He must like you and be really interested right?

Nope. Not really. A man who is genuinely interested in you wants to see you. He’ll ask you on dates and want to spend time with you to get to know you. The genuine guy might also text you, but he wants face time to impress and win you over. He wants to make you his.

Other men who text or email or call often, but don’t ask you out are looking for your emotional support, an ego boost, or have some other agenda. But they are not truly interested in you for that long-term relationship you so desire. Don’t fall for this virtual stuff. There are no exceptions to this.

Yet women will make excuses for men – “Oh he’s really busy with work, his kids, his divorce, renovating his house, etc. This is what I mean by interpreting. When you read into his actions or what he tells you. Those are nothing but excuses that show you  clearly how you are not his priority and neither is a love relationship at this time or maybe ever.

You meet a guy online. He seems very interested in you – calling often. Asking you out on dates. Sweeping you off your feet. He says the most amazing things. Any woman would melt at the things this man has to say. He tells you that you are the woman he’s been looking for all along. He says you are so beautiful and exciting.  He talks about plans for the future – maybe if things go well, you can plan a trip in the spring or help him redecorate – after all, he wants you to be happy with his place if you are going to spend time there.

But he never takes down his online profile and it’s been a few months. You’ve brought this up and he tells you that he doesn’t check it or that he just likes to look. Or he gets angry so you don’t want to rock the boat – its such a nice boat after all.

While his words don’t say this, his actions speak loudly. He is not interested in an exclusive committed relationship. If he were, he’d take that profile down and make sure yours was down as well. He’d want you all to himself. He wouldn’t care to look or be seen because he’d be satisfied with you.

Understanding men is actually much easier than you think.

It doesn’t require any interpretation. In fact here’s a way to know for sure what a man is saying to you and what he means.

If a man tells you anything that might push you away if you really paid attention, he’s being honest with you. So if he tells you he doesn’t want a relationship, doesn’t know what he wants, isn’t sure he’s ready, This is him telling you the truth. It requires no interpretation  does it? Nope, very straight forward.

If a man says all the right things, magically knows exactly what you want to hear, but doesn’t follow through, take down his profile, keep his word, or make time to see you, his action tell you loud and clear that he’s not ready for the long-term committed relationship you want.

Stop analyzing and interpreting. Bookmark this page for the next time you feel confused or start analyzing your man. Then check what’s going on against my dating advice here and you’ll have your answer if you are really wanting to know the truth. I’m here to clear up confusion and help you with understanding men. That’s my job as a dating coach

Understanding Men: How to Interpret What Men Say and Do was last modified: November 18th, 2013 by Ronnie Ann Ryan
Share this...

Understanding Men: How to Interpret What Men Say and Do was last modified: November 18th, 2013 by Ronnie Ann Ryan

Understanding Men: How to Interpret What Men Say and Do was last modified: November 18th, 2013 by Ronnie Ann Ryan