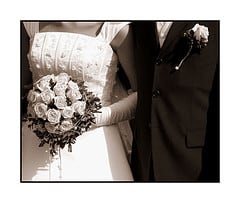 This is a totally crazy question isn’t it? Does it even make sense? After all, how could we become the men we want to date and marry?

Let’s take a look at this idea. Back in the 1970’s, Gloria Steinem said, “We’re becoming the men we want to marry”. She was talking about our independence and success. We can bring home the bacon and fry it up in the pan. This is true. Looking back, we see see how far we’ve come and what women can accomplish. Truly AMAZING!

We can do almost anything a man can do. And in that heady power, another question emerges…Is there a price to be paid for such greatness?

To rise as we have, we have adopted and perfected many behaviors that were once considered to be traditionally masculine. To be independent, successful, earn a lot of money, become deal makers and leaders many women have lost touch with their feminine nature. That’s not to say women don’t look feminine – of course we do. I’m talking about our innate feminine powers.

What is a feminine power? Ahh see I told you we had lost touch. To be warm and inviting, to be receptive, to be hospitable and friendly to people in general, not just women.

Today women over 40 have great disdain for our male counterparts. Think about it – do you have kind words to say about men or do you find them lacking? I hear women talking all the time about how great women are and what we have achieved. Women also express the expectation that a man should be as close and thoughtful a friend as our girlfriends.

In addition, our expectations include that men should be able to bring home the bacon and fry it up in the man. Trouble is – men, well, most men are not multitaskers. And one thing is for sure, men are not like women.

Let me put this thought on the table – let it sit there for a while so you can mull it over. It’s just one opinion, but I have to tell you , as a woman, you will always be disappointed by men if you expect them to be like your girlfriends. It’s a rare man who can measure up to that standard, and the few that do are probably gay.

Men are wonderful people. They are strong, focused, sweet, protective, driven, sexy, sweaty, but they are not like women and they never will be. They think differently, are brought up differently and aren’t treated the same way as women by either sex. They are different right down to their DNA coding. How did we come to expect them to be like us?

Here’s the worse part. Our success over the last 40 years has greatly impacted men. Today they work for us. They take orders from us in the military. And they have lost some of their masculinity as we have gained it. The balance is shifting.

More girls go to college than boys. Women are becoming more educated. Which means women will have better job opportunities. There is a far reaching social issue that stems from these changes. Traditionally women have married up to a man who is more educated and makes a good living, seeing him as a provider for a future family. We  have become the bread winners. We are becoming the men we want to marry.  Do you see it now – the predictive nature of Gloria’s comment from so long ago?

If we are going to usurp men’s power and take over their jobs and leadership rolls, we will have to start marrying men who might not be as educated, who don’t make as much money, and who aren’t more advanced than us. This is a very elementary lesson in balance.

My feeling is this – if we are becoming the men we want to marry, then we have to revise what we need from men and how to identify a good life partner. This is particularly true for women dating over 40.

Is that really so bad? Can you really  expect to have it both ways? Be the chick in charge and find an alpha male who wants a woman to compete with? That’s not so realistic.

From personal experience, I have see this actually working very well. I have a dear friend who became president of a Fortune 500 company. She makes 4-5 times what her husband makes as a construction manager. Another friend who is a lawyer who married a rich man’s personal assistant. Still another friend who is an award-winning art director married a waiter she met in France. And I have an MBA and married an amazing man who is a mechanic. These are happy, long-term marriages between 12-20 years and still going strong.

If you are having trouble finding a man who is your equal in success or finance, start thinking about other qualities where he can be your equal. It might not be about salary. He can be your equal in love. In values and life goals. Your partner in affection, child rearing and vacationing. Still a partner and equal.

All I want for you is to find the love of a good man. Modifying your expectations might change everything for you and make it possible. This is not settling. This is winning in love.

2 thoughts on “Dating Over 40: Have We Become the Men We Want to Marry?”